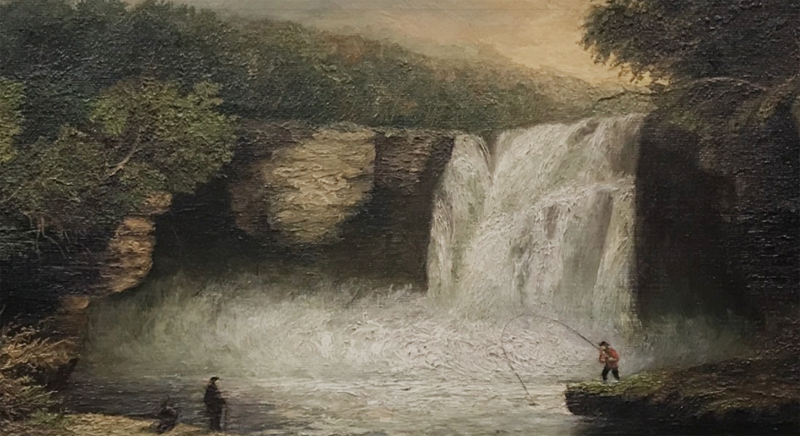 Getting it on with the science of trout fishing

The American Museum of Fly Fishing was established in 1968 in Manchester, Vermont, by a group of passionate and enthusiastic anglers who believed that the history of angling was an important part of American culture and tradition. The Museum was created to serve as an institution to research, preserve, and interpret the treasures of angling history. Image is a screenshot – American Museum of Fly Fishing.

The best trout flies list is one that starts with categories

The best trout flies list would include a lot of flies that are not Ephemeroptera in any life stage. There is no Adams or Prince nymph, and even correctly named aquatic species in their fly tied expression, like a sculpin, could barely resemble a grocery bag and be a trout catching fly. So, any tied Wooly Bugger could paint as many images as there are ‘imaginers.’ My olive and you’re pink with nothing palmered – not even “fraternal looking?”

With trout, what makes the difference besides hunger?

It seems the fly either surprises a trout, has a meaningful profile, and or color. Still, more than likely, it is swum or passively drifted in such a way that mimics the reality of a wounded or distressed prey that is familiar in any trout’s aquatic garden of fresh food.

Overthinking with the idea of thinking we’re knowing

Our coffee clutch of tyers and fly fishers meet at one of our members’ restaurants in Marietta, Georgia, twice a month on Saturday’s and the feed we enjoy is always over the top good [$10,00]. We leave hefty tips for the wait staff – it’s a $30 brunch.

The attendees at the meeting are retreads from a recovery group that survived a brush with death, and that’s a strong common bond, also equally common among us fly fishing and fly tying. Also, we share travel and angling experiences that we enjoyed well beyond our common border of the southern Appalachians. That would include Patagonia, Alaska, New Zealand, Norway, Russia, Costa Rica, and beyond.

We are men and women, black, white, an Asian professor, and a Middle Eastern doctor, a lawyer, four business owners, a medical nurse without borders, a retired career Army, an ex-NFL player – high school chemistry teacher, a social worker, and a local county employee. All but four work full time.

Our debate over the best trout flies took up three sessions of about an hour and fifteen minutes each before never reaching an agreement. It’s an opinion about what should about understanding trout, their broad palette of prey, and the aquatic bugs that sustain them year-round. 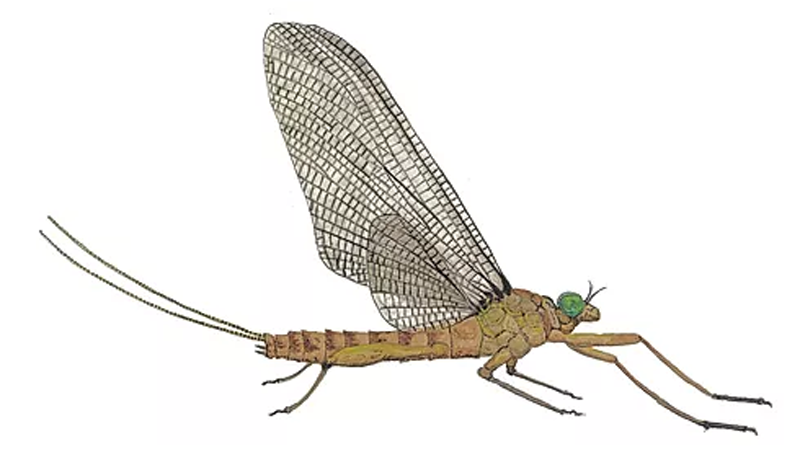 We finally did agree on a shortened list of names that, when tied with hands from around the world, could easily be unidentifiable one to another. For example, a Woolly Bugger “looking fly” as tied by a Russian guide in Kamchatka with an unpronounceable name and tied by him never fails to raise a steelhead trout is not the same bugger [almost] as tied by a Slovenian guide fishing a gin-clear alpine and freestone river tributary of the famed Soca River. So, when we agreed on the classic Woolly Bugger [as well as many other traditional flies] as invented by Pennsylvania’s Russell Blessing in the early 1970′s, it is with the understanding that variants hold sway.

It’s all about Ephemeroptera

Flies generic names found in the classification Ephemeroptera are in eight categories that you should learn to identify. It covers ALL aquatic insects that will be relevant to your fly fishing for trout.

Identify the Bug and The Stage

The first step in improving our fly fishing is understanding basic entomology. It not that difficult – we need to be able to identify what we’re looking at. 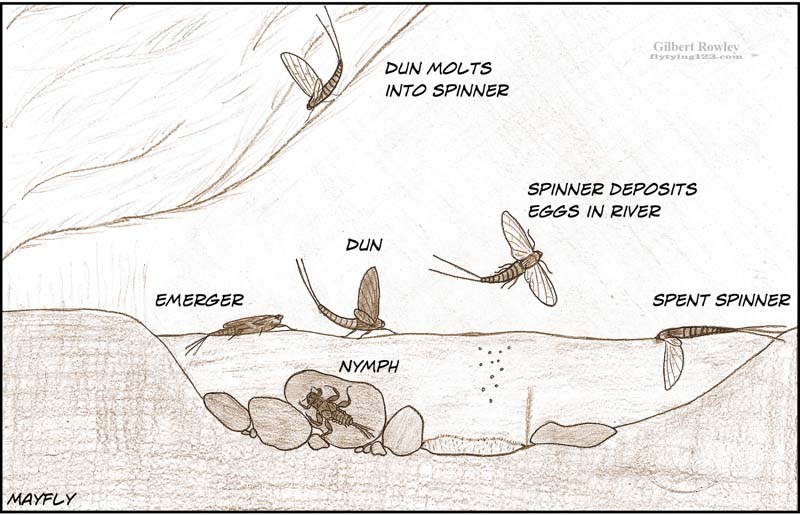 More to come on the science of fly fishing . . .