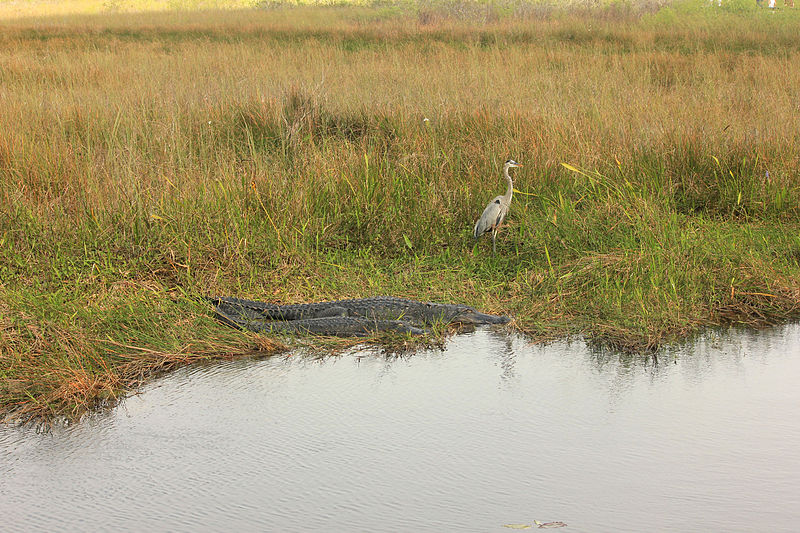 Hey, look over there!

[dropcap]W[/dropcap]hile federal and state agencies and a legion of Florida policymakers and water management experts scramble to rebuild the disastrous Lake Okeechobee Regulation Schedule – the operating manual that led to last summer’s toxic bloom catastrophe – the state legislature has been able to negotiate water deals without input from key overseers.

One result: a $300 million project to give water to private interests – who could then sell it back to taxpayers – is quickly and quietly sliding through both houses as SB 92 and HB 95.

Called the C-51 reservoir, the project was originally meant to provide water and flood relief for the natural system in the eastern reaches of the Everglades. In 2017 it was folded into legislation authorizing the EAA reservoir as a last-minute sweetener, letting Florida Crystals stockpile public water for its own use so the company would stop fighting the bill. Now C-51’s uses include collecting and delivering water for sale back to the public–who would first have to pay for the project.

No one in the legislature seems to be asking what else we could do with this resource. Only one senator cast a vote against it, and the senate’s own analysis says “potential uses… are still being considered.”

Strangely, the C-51 is being sold as a partial solution to discharges – even as the US Army Corps, South Florida Water Management District, the governor, and federal representative from districts affected by Lake Okeechobee management are busy scoping the impacts and alternatives for a system-wide solution. Tying up hundreds of millions of dollars and a potential piece of that solution only limits the resources available to fix our water problems.

The most generous view of this effort by Sen. Lauren Book (Dist. 32, Broward County) and Rep. Kristin Jacobs (Dist. 96, Broward County) is a disconnected, poorly timed initiative that should instead be coordinated with the governor’s office and lawmakers in both parties with a stake in the outcome of South Florida water management decisions.

For example, US Congresswoman Debbie Mucarsel-Powell, who helped convince the Army Corps to listen to Keys residents as it develops new policy for Lake Okeechobee – because Florida Bay feels the impact of every drop of water lost to bad management decisions.

Or US Congressman Francis Rooney, whose district suffered massive losses in last year’s toxic discharges – and who nevertheless had to defend his constituents this week from “anti-farmer” accusations by US Sugar and Florida Crystals, whose multi-billion-dollar enterprises posted another record year thanks to the same water management decisions that devastated the Gulf Coast economy.

A less generous view of Book’s and Jacobs’ dealings is an attempt to sneak Florida Crystals and some private investors a $300 million favor (plus whatever they can make selling rain back to taxpayers) while no one’s looking. If more people with historical knowledge of the EAA reservoir negotiations looked into this bill, sugarcane growers’ role might face more scrutiny. Two years ago, even after holding out for the C-51 as a reward for their silence, the industry lobbied to cut the project’s footprint. They succeeded, shrinking it to the point where scientists say it can’t work.

Now it comes to light that SFWMD leadership, recently removed for putting the sugarcane industry’s interests above the public’s, skipped critical steps to getting federal funding for the reservoir. (This week the Trump administration explained that it didn’t budget money for the project because the district hadn’t formally asked any.).

It’s possible that the C-51 can play a role in the new Lake Okeechobee System Operating Manual–the closest thing we have to a “silver bullet” to end our recurring toxic nightmares. It’s possible that Book and Jacobs have taxpayers’ interests at heart and want to be part of a solution to Florida’s water management crisis. It’s even possible that private interests can contribute to it.

But why the rush? Why not wait until the Army Corps’ scoping exercise is complete, until the agencies that manage this complex system can coordinate a plan to manage it better? And why not hang onto that $300 million until we know that it’s going to a collaborative solution that works for everyone – including sugarcane growers?

Florida finally has leaders at the highest levels willing to acknowledge and combat the corruption and mismanagement destroying this precious public resource. State legislators have a chance to join the fight and make a difference. Or at the very least, not make it harder than it already is.

P.S. If you can, please donate or become a Bullsugar member today and help hold our government accountable for protecting our water . . .