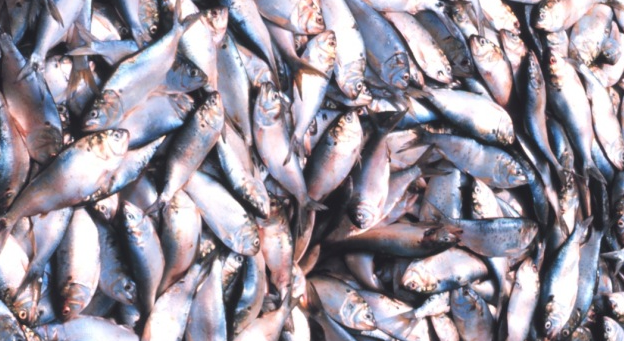 By Dave Ress for the Daily Press

The issue was whether to go along with an interstate regulatory body’s sharp, 41.5 percent cut in the tonnage of menhaden that can be scooped out of the bay by drawing huge “seine” nets around schools of the fish and then hauling them up, like a purse full of silver, onto fishing vessels. The fish caught by such “purse-seine” vessels are processed for oil and used as a food supplement and in pet food and fertilizer. After more than 90 minutes of debate, the House Agriculture, Chesapeake and Natural Resources Committee decided by an 11-10 vote that the best answer was: sort of.

Earlier in the session, it let die a measure that would enact the Atlantic States Marine Fisheries Commission’s purse seine quota cut, to 51,000 metric tons, into state law. On Wednesday, it approved a measure, introduced by special permission a month after the usual deadline, that would strike the current quota of 87,216 tons from state law and empower the head of the Virginia Marine Resources Commission to set a new purse seine quota of not less than 51,000 tons once the state had made its case to the commission that the quota cut was too steep.