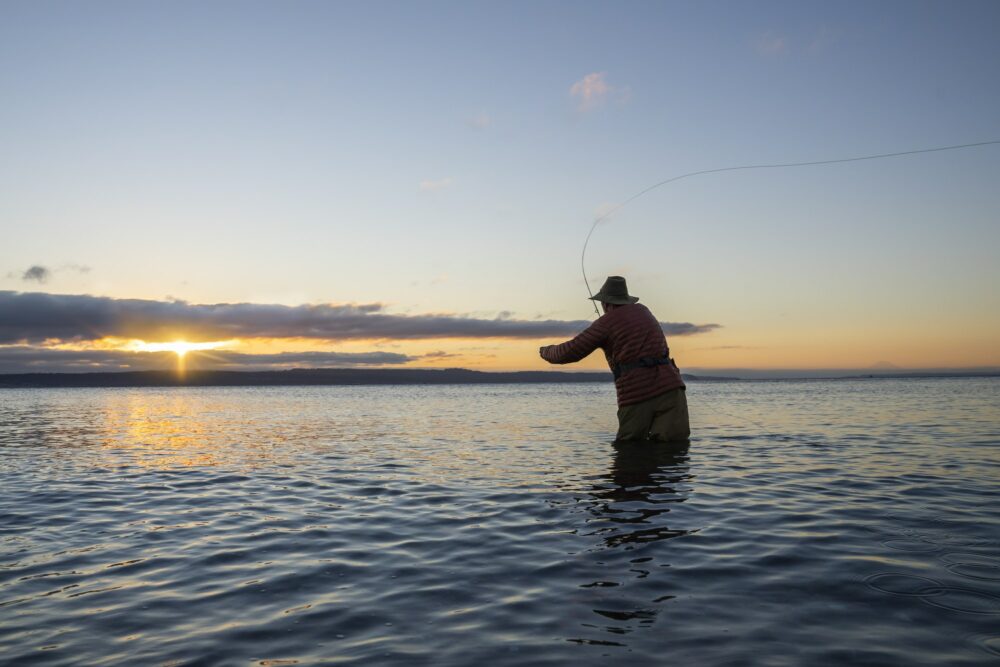 Casting is the heart and soul of fly fishing. Henry fly rods make a conventional cast, as shown above, non-essential. The modified spey cast that Henry’s are designed to perform can help limit or eliminate the pain upper limb arthritic conditions cause when casting. A Henry fly rod can also make the common restrictions age imposes on our casting less impactful and considerably boost less efficient casters’ results.

Unlearning the difficult way to cast, conventional false casting and hauling, has been easy

By late 2019, almost every alternative or modification to conventionally overhand/overhead fly casting had been tried and proven unsatisfactory – I was not going to escape arthritis’ interference. The methods of relief tried were sidearm casting, roll casting, tenkara fly fishing where casting is like short-length nymph casting, and lastly, trying the ‘Belgian‘ casting.

NOTE: As many of you know, the latter is a continuous motion cast that does not travel in a straight line or through a single plane. It is good cast that helps defeat wind.

An Austrian riverkeeper invented it. Why is it called Belgian? The cast, introduced at a European casting tournament, handily won the distance contest – the tournament held in Belgium is your clue.

Turning to an RB Meiser Switch Rod gave me the answer I was looking for, being able to continue my love of fly fishing and its art of fly casting. I bought an R.B. Meiser CX 909 [9′ 9″ long] fly rod designated 2/4-weight [5-weight line]. It’s the best Switch rod you can buy – and why wouldn’t it be? Bob Meiser invented switch rods and the CX 909 was the company’s feature model about 50 years ago.

That Meiser switch rod didn’t solve my problem of discomfort, but led the way to what would

Back to the future:

Using my collection of conventional rods, 3-weight up to 12-weight, I tested my ‘switch’ revelation of casting underhanded as practiced in Scandinavia – using the water to load the rod and create fly line tension producing a ‘dynamic’ cast: ‘shoot’ the fly line by pulling the offhand into the low abdomen and keeping the upper dominant hand as the steadying fulcrum.

The negative here is that without a butt extension there’s no grip to maximize a cast. Always awkward, sometimes an incomplete cast by losing a grip, and generally without a butt extension an impeded cast. The dominant hand, serving as the fulcrum, tends to drift north of the cork handle and onto the graphite butt of the rod. That also made most casts  underperforming. And, as experienced, holding onto the graphite part of a rod butt produced rod breakage.

However, the most beneficial aspect of a Henry switch fly rod is getting that all-important right now cast out at a moving target. No false casting, no hauling [single or double], and no need to position oneself to avoid feeding the flora behind you.

Making conventional length rods into switch performers with a removable butt piece was the author’s idea but making it happen, the hard part, was Dave Redington’s. He added a substantial, removable butt extension [4-inches] and added a spey handle [9.5 inches modified Full Wells]. And most critically tuned Henry’s to advantage intuitive spey cast-action and lowered, made less, the physical requirements by creating an accommodating ‘feel the rod load.’ Purposely, non-aggressive – not having a lightning-fast ‘tip flex’ action. 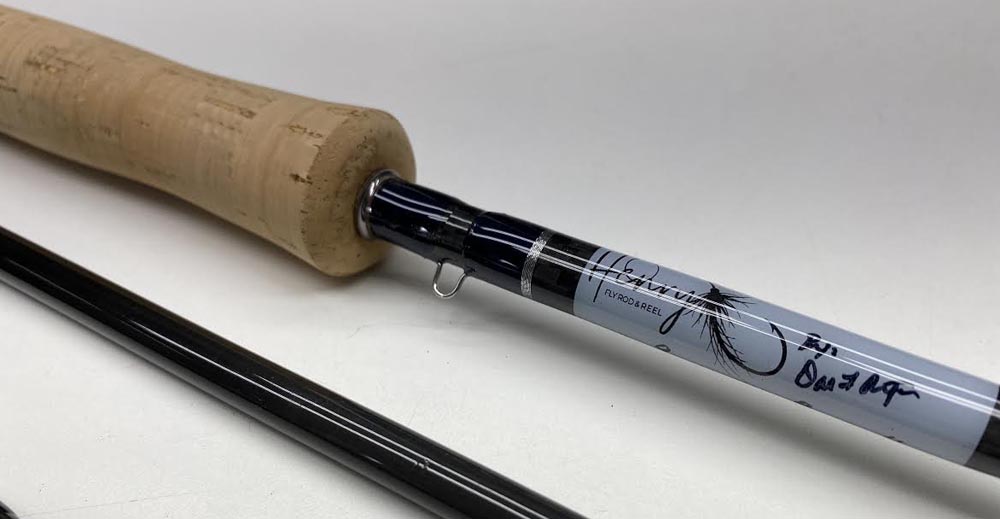 Each Henry is signed by David Redington.

By default, the serendipity factor is that the Henry fly rods make for the perfect teaching fly rods

The Henry Fly Rod & Reel website is almost ready, fly rods are in the hands of notable anglers for reviews, and product inventory is building.

Stay tuned. A Henry is coming to neighborhood near you.