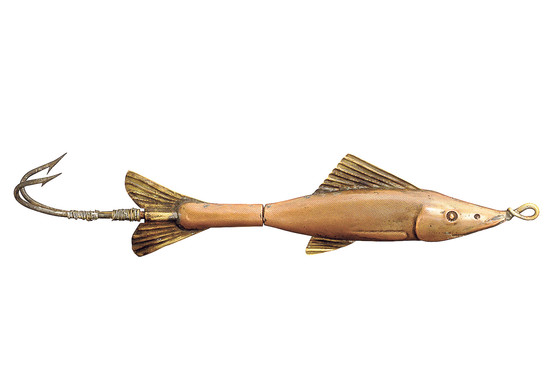 for the Wall Street Journal

[dropcap]E[/dropcap]rnest Hemingway and Zane Grey are two of the more well-known names in big-game fishing. But serious collectors at the Florida International Tackle Show in Daytona Beach in early March are likely to be more interested in the names Billinghurst and Kovalovsky 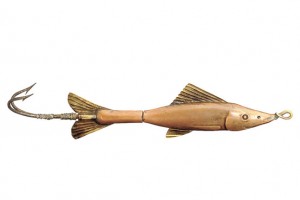 Arthur Kovalovsky was a Hollywood auto mechanic who died in 1958 and whose custom-made fishing reels are highly sought after. In 2007, Lang’s Auction of Waterville, N.Y., sold an 1859 side-mount fly reel made by gun maker William Billinghurst for $40,000, believed to be the highest price ever for a fishing reel at auction.

Lang’s, about 100 miles west of Albany, is a leader in the tackle field. In 2003, it sold an 1859 copper Giant Haskell Minnow lure with a revolving tail for $101,200. “It’s the only lure of that size and style known to exist,” said Jim Schottenham of Lang’s, which holds two big tackle sales a year and has a database of more than 30,000 customers in 44 countries. “It’s the Holy Grail of fishing lures.”

Tackle collectors tend to gravitate toward a particular era or artist. For instance, fly rods made by Lyle Dickerson have skyrocketed recently, with originals going for upward of $10,000. A reel made by the vom Hofes, German immigrants who set up shop in New York in the 1850s, can bring $25,000 or more.