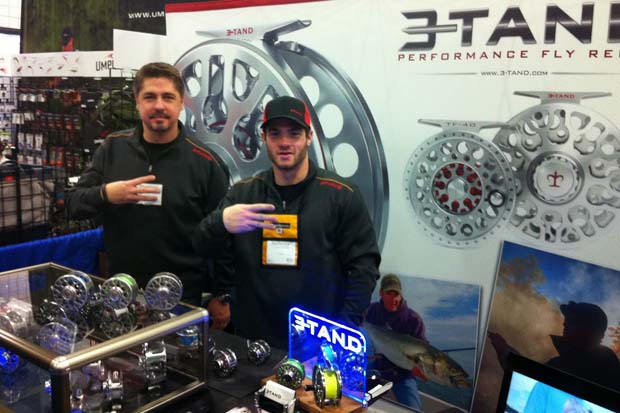 [dropcap]T[/dropcap]he American Sportfishing Association (ASA) and the National Marine Manufacturers Association (NMMA) announced today a partnership in which NMMA will produce a new Marine Accessories Pavilion located within the International Convention of Allied Sportfishing Trades, better known as ICAST. ICAST will be held July 12-15, 2016, at the Orange County Convention Center in Orlando, Florida

Since 2011, ICAST has nearly doubled its floor space from 350,000 sq. ft. to the 647,000 sq ft. planned for 2016.  Adding the Marine Accessories Pavilion is a natural extension of both organizations’ vision to expand the show’s appeal to a wider cross-section of buyers while expanding accessory offerings to existing attendees. As a popular new addition with limited space, the Marine Accessories Pavilion is expected to sell-out.

“By joining forces with NMMA in 2016, as we did with IFTD in 2013, we are creating a one-of-a-kind trade event for the sportfishing industry with a new boating component that enhances the attendee experience,” said ASA President and CEO Mike Nussman. “Our partnership with NMMA is a natural extension of the long-term relationship between both organizations and allows us to explore an innovative way to grow and improve our collective business interests.”

Nussman further said, “From a business perspective, this partnership further diversifies the products offered at ICAST, greatly enhancing the buyer and media experience.”

“The Marine Accessories Pavilion provides marine accessory manufacturers an opportunity to directly connect with buyers at a key time of year when they are making their buying decisions for the upcoming year,” said Thom Dammrich, NMMA president. “With NMMA’s vast experience producing marine trade and consumer shows and ASA’s guidance and support, the Marine Accessories Pavilion will offer an exciting new element to ICAST, giving attendees access to the latest boating products and exhibitors a unique sales platform.”

ASA and NMMA will each manage their own exhibitors but will combine some functions, such as the show directory and show hours.

The American Sportfishing Association (ASA) is the sportfishing industry’s trade association, committed to looking out for the interests of the entire sportfishing community. We give the industry a unified voice speaking out when emerging laws and policies could significantly affect sportfishing business or sportfishing itself. We invest in long-term ventures to ensure the industry will remain strong and prosperous as well as safeguard and promote the enduring economic and conservation values of sportfishing in America. ASA also gives America’s 46 million anglers a voice in policy decisions that affect their ability to sustainably fish on our nation’s waterways through KeepAmericaFishing™, our angler advocacy campaign. America’s anglers generate over $45 billion in retail sales with a $125 billion impact on the nation’s economy creating employment for over one million people.

The National Marine Manufacturers Association (NMMA) is the leading association representing the recreational boating industry in North America. NMMA member companies produce more than 80 percent of the boats, engines, trailers, accessories and gear used by boaters and anglers throughout the U.S. and Canada. The association is dedicated to industry growth through programs in public policy advocacy, market statistics and research, product quality assurance and promotion of the boating lifestyle. For more information, visit NMMA.org.