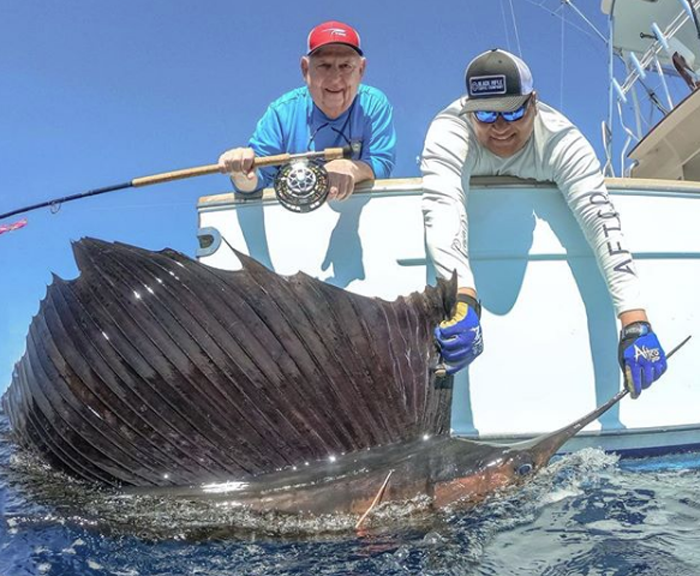 Jake Jordan is the man who figured out how to “routinely” catch billfish on a fly. Here he has a nice Guatemala sail on a fly just before release. Jake is a close personal friend of Rob Kramer’s and staunch conservationist. Jordan photo.

There’s a new energy at Wild Oceans, and it’s packed in the frame of a fly angler named Rob Kramer. Insiders know Kramer as the man who took the venerable International Game Fish Association out from under itself and into the language of all anglers and gave voice and a leadership role at the world table of concerned nations about the state of billfish, global fisheries, fishery habitats and the future of sports fishing around the world.

Rob Kramer, the new President of Wild Oceans, is fluent in the ocean speak of a conservationist, scientist and fisheries manager, and as an angler and dedicated defender of the world’s wild fish. Check out Wild Oceans’ Website. . .

[dropcap]A[/dropcap]s a fifth generation Floridian, I have always been around water; on it, in it, and under it.  Having year-round sunshine, there was never much motivation to be indoors growing up.  In fact, in my house, the children were generally not allowed inside until it was time for dinner.  For this, I am grateful.

Since as far back as I can remember, I have fished.  My grandmother on my father’s side was the most accomplished in the family and it was she that taught me not only how to fish, but all the wonderful things fishing can teach you.  Through fishing I learned patience, hope, excitement, peace and, most importantly, a way of connecting with and understanding nature.  Through my fishing experiences over the last 50 years, I have developed a great appreciation of how man is an integral part of the natural world in which we live.  It is up to us to be good stewards of the only planet we have.

Shortly after graduating Florida State University with a Bachelor of Science degree in Geography, I went to work for the Florida Department of Environmental Protection’s Division of Marine Fisheries.  My job was to work side by side with fisheries scientists and then communicate what I observed to fishermen who helped fund their work.  My career in the world of fisheries had officially begun . 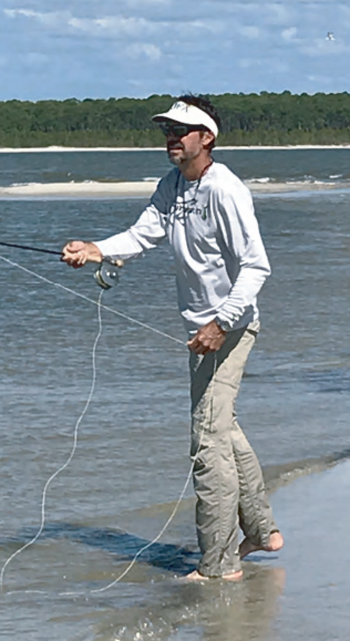 During my tenure with the State, I also began participating in the complex world of fisheries management, both at the state and federal level.  The process is designed to be somewhat democratic where affected user groups engage with fishery managers and scientists to set policy and regulations.  For these user groups to effectively participate in this process, it requires patience, dedication and perseverance.

The next chapter in my life took me from government to the nonprofit sector, where I was hired to run the International Game Fish Association (IGFA).  For a decade and a half, I traveled the world working on fisheries issues.  It was during this time that I met Wild Oceans President Ken Hinman and became familiar with the organization’s work and in fact partnered with them on important conservation initiatives.  The Wild Oceans team has a great reputation for consensus building in the fisheries management arena.  They are known for efficiently and effectively utilizing science to influence decision makers, always putting the resource first.  They truly exemplify patience, dedication and perseverance.

Shortly after leaving IGFA to begin my own consulting business, the Chairmen of Wild Oceans approached me with the opportunity to join the organization as its new President.  Ken was stepping down from the day-to-day management of the organization after 41 years and taking a position on its Board of Directors.  I have accepted the Chairman’s offer with honor and will strive to continue the great work of the Wild Oceans team.

It is indeed a fortunate few that can combine their profession and their passion.  I am one of those fortunate few.

I am Wild Oceans.