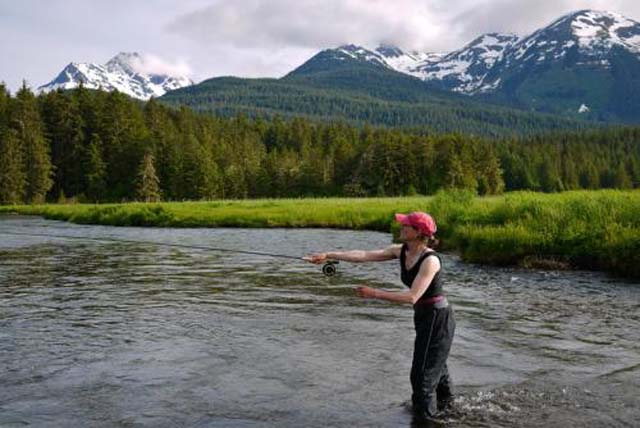 DENVER, Colorado – The Trump administration announced Thursday an end to the Bureau of Land Management’s oil and gas leasing reforms—a move that Trout Unlimited criticized as rolling back efforts to protect sensitive fish and wildlife habitat and involve local communities, sportsmen’s groups and other in public land planning.

“This is a step backward in efforts to balance energy develop with sporting opportunity,” said Steve Kandell, director of Trout Unlimited’s Sportsmen’s Conservation Project. “The scrapping of master leasing plans dramatically reduces  opportunities for public involvement and shuts out the voices of local stakeholders, including sportsmen and women, in the management of their favorite places to fish and hunt.”

He added, “This move clearly establishes oil and gas development as the priority use of public lands for this administration.”

MONOCACY RIVER, Central Maryland – The scenic Monocacy River in central Maryland winds through Civil War battlefields, with rows of bone-white sycamores lining its banks as if they were ghostly soldiers standing at attention to demonstrate their respect.

Both Maryland and the city of Frederick promote kayaking and fishing on the waterway. But beyond this advertising to tourists, the state’s and local governments’ oversight of the river have been more passive-aggressive than respectful.

On the banks of the Monocacy, the Frederick City Wastewater Treatment Plant disgorges a waterfall of partially treated human waste carrying a gut-wrenching reek of ammonia and illegal amounts of pollution down black-stained boulders into the river.

Foraging the High Seas: A Menhaden story. How fools kill a good thing and there is no “reasonable” why they do… unless greed is good and profligate is welcome

Menhaden is the second largest fishery in the US. Two states (VA and NJ) currently control more than 96% of the coast wide quota while perspectives among state fishery managers are not even close to alignment.

With the fate of continued menhaden recovery very uncertain, Red Vault Productions and The Nature Conservancy set out to capture five knowledgeable New York stakeholders’ perspectives on why Abundant menhaden is good for New York’s ecology and economy.

Presented by The Nature Conservancy on Long Island.