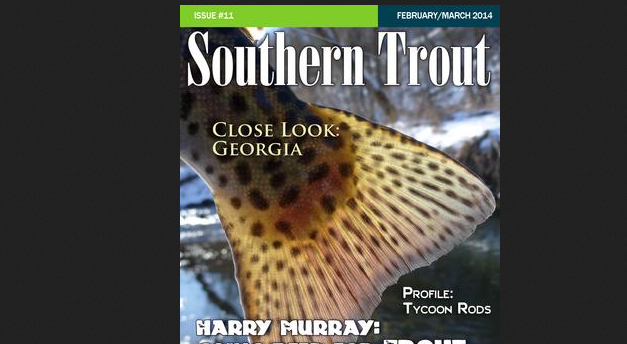 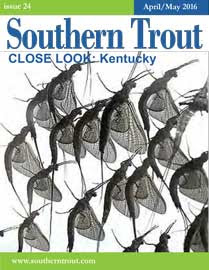 [dropcap]S[/dropcap]outhern Trout Magazine is a regional fly fishing publication that covers trout fishing from the Mason-Dixon Line south to northern Georgia, and then makes an imaginary jump over to the Ozarks. The Appalachians I know pretty well, and while I have done a lot of fishing in the Ozarks, it is not my “home water.” From the onset, STM combining the Ozarks and the Appalachian seemed logical. Culturally, Ozark and Appalachian folks have pretty much the same accent. Both relish soup beans and cornbread, and know that gravy and biscuit is the perfect breakfast. They even have the same customs when it comes to beer and ‘likker’ consumption.

Not recognized by us four years ago, though, was that the fly fishing communities of the Ozarks and the Appalachian are quite different. Fishing conditions and fly choices aside, we discovered that few from the Ozarks give a hoot in hell about going to the Smokies or Shenandoah. When they want to trek 800 to 1,000 miles, they are headed to Montana or Colorado. There is some cross-pollination by Appalachian fly fishermen visiting the Ozarks. As best we can tell it appears that the dividing line between the two clans is Memphis (or Nashville?) and Louisville.