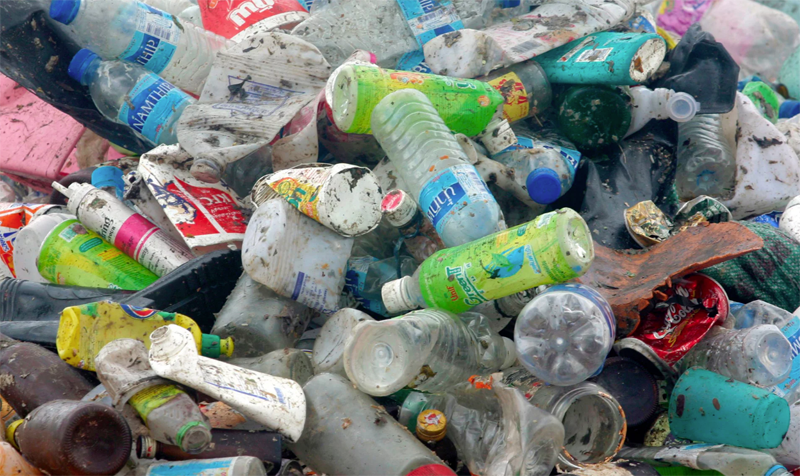 Could This be the Solution to Our Plastic Addiction?

They found the first ones in Japan. Hidden in the soil at a plastics recycling plant, researchers unearthed a microbe that had evolved to eat the soda bottles dominating its habitat, after you and I throw them away.

That discovery was announced in 2016, and scientists have now gone one better. While examining how the Japanese bug breaks down plastic, they accidentally created a mutant enzyme that outperforms the natural bacteria, and further tweaks could offer a vital solution to humanity’s colossal plastics problem.

“Serendipity often plays a significant role in fundamental scientific research and our discovery here is no exception,” says structural biologist John McGeehan from the University of Portsmouth in the UK. New research led by University College London (UCL) and Woods Hole Oceanographic Institution (WHOI) provides evidence that a key cog in the global ocean circulation system hasn’t been running at peak strength since the mid-1800s and is currently at its weakest point in the past 1,600 years. If the system continues to weaken, it could disrupt weather patterns from the United States and Europe to the African Sahel, and cause more rapid increase in sea level on the U.S. East Coast. This is the stage of mayfly hatches that trout prefer—when the emerging dun gets stuck trying to escape the nymph shuck. You can also see why dry flies with trailing shucks work so well, and why I tie my shucks in brown instead of the more traditional light tan. Tom Rosenbauer/Orvis.

The secret to successfully fishing an insect hatch often boils down to simply fishing an emerger pattern as opposed to a typical dry-fly imitation of an insect with fully formed wings. You’ll often get splashy refusals to your standard dry flies. It may seem like you are not imitating the right insect, but often it’s just that you have not chosen the right stage of the insect. It’s natural—you see flies in the air and fluttering on the surface and you see trout rising. But by watching carefully you’ll see fish rising to seemingly invisible objects, because from 30 feet away it’s nearly impossible to see emergers in the surface film. The lower portion of the longest functioning fish ladder in the world, on the Clackamas River, helping fish go upstream. NOAA image.

A recent collaboration provided both state-of-the-art fish passage and power generation affording many benefits to this river system and the surrounding communities. NOAA collaborated with 33 partners, including Portland General Electric, to construct fish passage at their hydroelectric project. Partners engaged in this process included state and federal resource and land management agencies, tribal organizations, and recreational groups.

Both upstream and downstream passage was necessary to allow migrating fish full access to this river system. Adult fish entering the Clackamas River from the Pacific Ocean need upstream passage to access spawning habitat. Young fish need downstream passage to leave the river and enter the ocean to feed, grow, and mature. After careful planning, designs were developed that fit the unique characteristics of each dam and the needs of the different fish species. Several types of fish passage were installed. All of us anglers have the right to post pictures, showing off our catch to our friends. That type of bragging has been going on for decades, and that’s what makes it great. Sometimes photos are the only memory you have from a great catch-and-release fishing trip, but what about those who are taking these pictures for something else? A diver swims past dead coral as a result of bleaching in off Lizard Island in the Great Barrier Reef in 2016.The Ocean Agency/XL Catlin Seaview Survey.

There’s more at stake for humans when reefs are on the brink of being wiped out, hurting tourism and the larger food chain.

Australia’s Great Barrier Reef is heralded for its biodiversity: The colorful clusters of coral and wisps of islands stretch 1,400 miles, home to white and orange clown fish, the blacktip shark, humpback whales and hundreds of other species.

But those clear blue-green waters are also changing faster than previously thought, according to a new study in the journal Nature, worrying scientists who say the survival of the Great Barrier Reef and other ecosystems like it is crucial for the planet. Using the industry-leading mapping software, TRCP and onX team up to make the case for a broader approach to public lands access acquisition.

For Western hunters who depend on public lands, software from onX combined with a smartphone or a handheld GPS unit has changed the game. Showing a user’s real-time location in relation to tangled property boundaries, this technology allows sportsmen and women to hunt unmarked and isolated tracts of public land along rivers and roads without the risk of trespassing on private land.

Recognizing how transformative their mapping software has been, we’ve partnered with onX to illustrate a major challenge for public land hunters across the West, and how this technology might be used to change the game for public land policy as well. Here’s how.