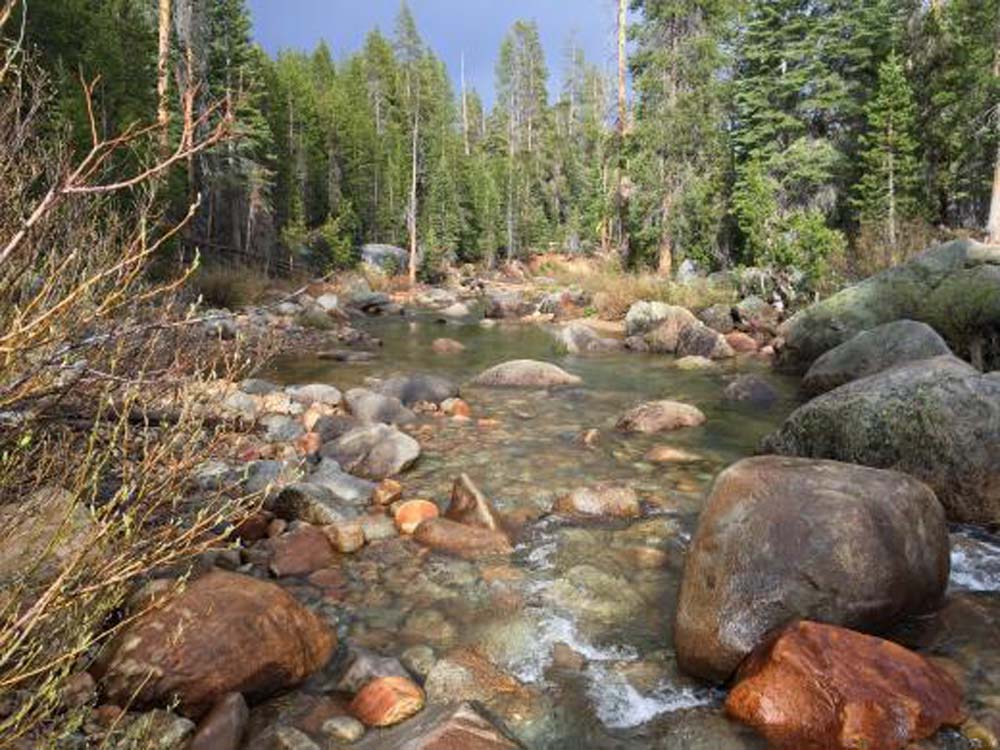 EPA claims the suspension was needed to avoid confusion in the regulatory community. This is clearly misdirection—the Clean Water Rule clarified that federal Clean Water Act protections apply to smaller tributary streams that may flow intermittently. Such headwater streams comprise over 60 percent of all stream miles in America and provide crucial spawning and rearing habitat for salmon, steelhead, and trout. They also provide drinking water for one-third of Americans. After two Supreme Court cases in 2001 and 2006 created confusion around the Act’s protections for such streams, conservationists and industry alike called for clarification on this issue—the 2015 Clean Water Rule specifically provides that clarification and reasonable protections for the Nation’s headwater streams and wetlands.

Whirling disease was recently discovered by biologists during their annual trout population monitoring in the South Holston and Watauga tailwaters. The discovery is the first known occurrence of this disease in Tennessee.

Whirling disease, a condition caused by a non-native microscopic parasite, affects fish in the trout and salmon family, including rainbow, brook, and brown trout. This parasite can cause damage to the fish’s cartilage and skeletal tissue, resulting in deformities in the head and spine.  They may also develop a black tail, or display “whirling” or erratic tail-chasing behavior. Since taking office, President Donald Trump has made no bones about his commitment to the fossil fuel industry. Approximately two months after his inauguration, Trump signed an executive order exhorting the nation to develop its domestic energy resources, while minimizing regulatory burdens. Then, that June, Trump announced plans to withdraw the U.S. from the United Nations’ Paris climate agreement, which he said threatened jobs in industries such as coal mining.

Now, details of the Interior Department’s draft five-year offshore drilling plan have lawmakers on both sides of the aisle concerned. Much of the nation’s coastline previously had been closed to drilling, but this new draft plan, released in January, opens more than 98 percent of coastal waters to leasing, including all of California’s, Oregon’s and Washington’s and most of Alaska’s. State and federal officials from both parties – such as Alaska Republican Sen. Lisa Murkowski, California Attorney General Xavier Becerra and Washington Governor Democrat Jay Inslee – have asked Interior to reconsider. Concerns expressed range from worries about what oil spills would do to coastal communities, to a desire to wean their economies from fossil-fuel industries.

Theresa Labriola is the Pacific Program Director for Wild Oceans – an organization that partnered with IGFA to pass the federal Billfish Conservation Act in the U.S. Labriola works diligently to remove drift gill nets from California waters; conducts significant outreach to the National Marine Fisheries Service, Pacific Fishery Management Council and the California Department of Fish and Wildlife; and has been a leader in building a coalition consisting of Coastal Conservation Association California, IGFA, American Sportfishing Association and Wild Oceans to address a variety of conservation challenges.

Are You a “One Trick Pony” Fly Angler?

Varying your technique and presentation to match the fishing conditions at hand is key to consistently catching fish.

I see fly anglers all the time who are one trick ponies — for example, only fishing with dry flies or dry and dropper rigs no matter what the stream conditions are. Even guys who nymph fish can get caught up in only euro nymphing or only indicator nymphing. An angler about to return an Atlantic salmon to the river. A Commons image.

Island net pen escape last August. The 19 fish were donated to WFC by commercial, tribal, and recreational fishermen, and were caught in the Strait of Juan de Fuca, the site of the Cypress Island escape, and 50 miles up the Skagit River. Independent lab results demonstrate that 100% of escaped

Atlantic salmon tested were highly infected with PiscineOrthoreovirus (PRV), and that the strain of the virus is of Norwegian origin.

I recently joined friends for an excursion into western Prince William Sound, a federally protected Alaskan landscape. My friends work for land-management agencies, so naturally we do a lot of talking about public lands while recreating. A lot of talking.

But this time we found ourselves more focused on … money. It seems that if we want wilderness to survive, we’d better demonstrate its profitability. Fortunately, research shows that protected lands such as wilderness and national monuments generate big-time revenue.