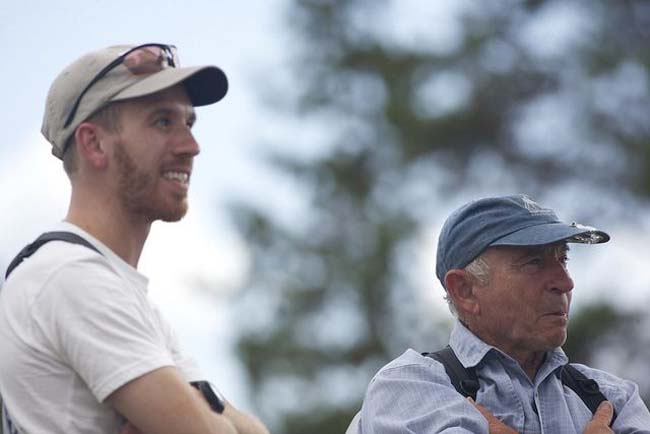 These are the picks for the “30 Most Influential Female Anglers in North America,” as of July 2018. Although it’s organized alphabetically by last name, additions and other changes to this list are determined by a proprietary algorithm developed by Wildlife Enthusiast Magazine. That algorithm measures not just the number of followers, friends, and fans on social media, but—more importantly—activity levels, engagement, and influence. Congratulations to each of these impressive women!

Documents accidentally shared by the Department of the Interior reveal the prioritization of energy, ranching, and logging in the monuments review. A trove of documents released by the Department of the Interior reveal that officials ignored the benefits of national monuments, including those related to tourism and archaeological work, while conducting its review of 27 monuments last year, the Washington Post reports.

As Pacific Standard reported in August, the review had the feeling of a “fait accompli,” with Democrats on the House Natural Resources Committee arguing that it was “a shameless handout to fossil fuel interests and other industrial concerns.” It was the basis for President Donald Trump’s executive orders to downsize Bears Ears and Grand Staircase-Escalante national monuments in Utah, the largest repeal of protections for public lands in the history of the United States.

The new documents—which the department retracted a day after releasing them—show that Secretary of the Interior Ryan Zinke and his team’s review prioritized logging, ranching, and mining potential over any non-industry benefits. Comments on the documents also plainly note the redaction of certain references that could “reveal strategy about the review process,” according to the Post.

Here’s what public lands advocates and other environmental advocates are saying about this development. Tenkara founder Daniel Galhardo and Patagonia’s Yvon Chouinard take a day off to hit the water. A commons image.

Boulder, CO (June 19, 2018) – Tenkara USA, the original American tenkara rod company, is proud to introduce the new Hane Rod, built to pack down even smaller for hiking, bikepacking, or any kind of travel.

Measuring just under 15 inches when collapsed, the Hane (pronounced: “huh – nay”) is a super compact all-around tenkara fly fishing rod that will quickly become your favorite adventure rod.  The compact size and light weight allows the Hane to fit nicely inside a small day pack or bike pannier, and is an ideal tenkara rod for backpacking, bikefishing and other adventures.