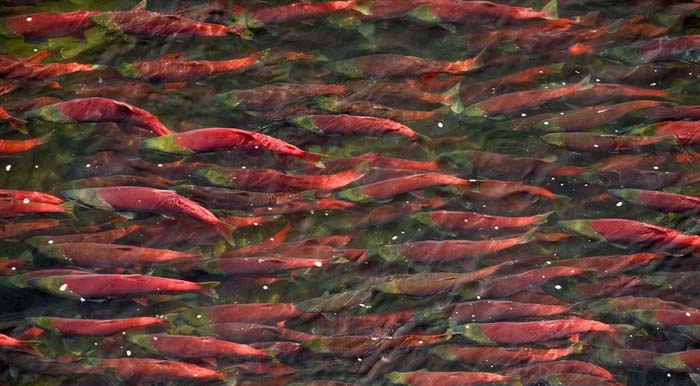 Boulder, Colorado — Tenkara USA, the original American tenkara rod company, is proud to introduce the new Hane Rod, built to pack down even smaller for hiking, bikepacking, or any kind of travel.

Measuring just under 15 inches when collapsed, the Hane (pronounced: “huh – nay”) is a super compact all-around tenkara fly fishing rod that will quickly become your favorite adventure rod.  The compact size and light weight allows the Hane to fit nicely inside a small day pack or bike pannier, and is an ideal tenkara rod for backpacking, bikefishing and other adventures. Pure Feel.  Pure Presentation.  Pure Fun. For those who prefer to fish with a light touch.

These moderate action rods feature a quick recovery that allows for open loops for fine dry fly presentation along with the ability to generate faster line speed for different conditions.  The slim profile provides a better connection to the rod while the proprietary design puts presentation and tippet protection as the first priority. Pruitt’s Resignation Is Just the Beginning

There has never been a cabinet official who has survived as many scandals as Scott Pruitt, the administrator of the Environmental Protection Agency — until his resignation Thursday. Mr. Pruitt faced up to 19 separate investigations into his conduct reflecting a stunning degree of disregard for federal ethics, special-interest and procurement rules. The sheer volume of investigations would be comic but for the harm Mr. Pruitt wrought. Although the mess he leaves behind will linger, Mr. Pruitt’s departure offers good news for the nation — but ominous portents for President Trump. Governor Bill Walker is urging the Army Corp of Engineers not to advance an environmental review of the Pebble Mine project. Gov. Walker says the project should first demonstrate to Alaskans that it is both feasible and realistic. In a letter to the corps of engineers yesterday, Gov. Walker and Lieutenant Governor Byron Mallott asked that the Environmental Impact Statement (EIS) process for the controversial mine be suspended.

Just north of Mount St. Helens lies the beautiful and pristine Green River valley, which is a treasured wild steelhead refuge and a destination for backcountry recreationists. It is also the site of a proposed gold and copper mine, and a battle that has been raging for over a decade. A sliver of the Arctic National Wildlife Refuge in Alaska. A commons image.

In the closing weeks of 2017, that long-standing vigilance was overwhelmed when Republicans in Congress, almost as an afterthought, opened the Arctic National Wildlife Refuge’s coastal plain to oil and gas leasing as part of their tax giveaway to corporations and the wealthy. What was the Arctic National Wildlife Refuge doing in a tax bill, anyway? The bill’s supporters claimed that revenue from drilling in the refuge would defray some of the tax cuts while boosting U.S. energy independence. But to make a dent in the budget deficit, oil and gas companies would need to lease every single available acre of the coastal plain at prices 10 times higher than what they’re paying anywhere else in Alaska’s North Slope.

Politics are behind a plan to prop up coal and nuclear

The Trump administration just sent a tsunami through America’s electrical energy world when a leaked memo revealed that it had a new plan to shovel millions of dollars to the coal and nuclear power industries.

The memo, leaked to Bloomberg News and written by a member of Trump’s National Security Council, said that the nation faced a “grid emergency” because so many coal and nuclear power plants had shut down. The memo argued that the government could simply order private utility companies to buy high-cost electric power, because “national security” concerns mandated using “fuel-secure” sources to protect national security. Flooding in Miami has become a common problem that grows in impact each year.
Author maxstrz on Flickr – a commons image.

Sea level rise threatens to eat away the Everglades

Now half its original size, the remaining Everglades ecosystem still encompasses more than 2.5 million acres and consists of a variety of habitats that are adapted to extremely low nutrient levels and a range of flooding conditions by either freshwater or saltwater. Scientists have been investigating what is likely to happen to the Everglades when those flooding patterns are altered by rapid rates of sea-level rise. There is no comprehensive map of the world’s coral reefs. And that’s a problem because these ecosystems are some of the most important on the planet: they house a huge percentage of the ocean’s species, they absorb 70 percent of the wave energy coming to shore, and they attract $37 billion worth of tourism every year.