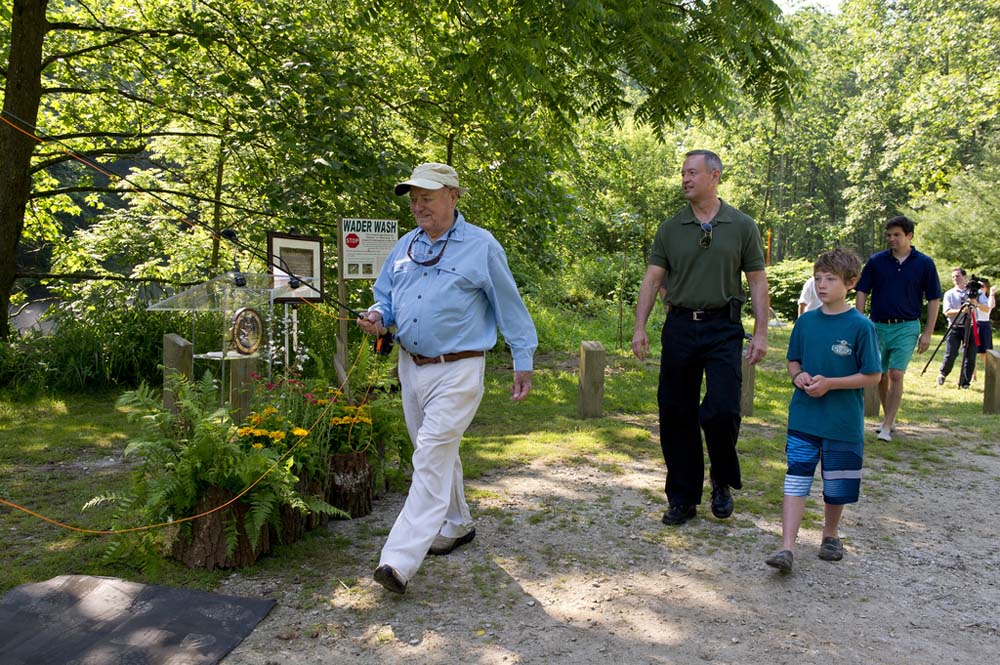 Just fifty years ago the sport of fly fishing was a somewhat reclusive society reserved, it seemed, for a few elderly gentlemen dressed in tweeds and up-downer hats, smoking pipes, and speaking tongues—Latin. Ray Bergman, and later Joe Brooks, both fishing editors at Outdoor Life, and A.J. McClane at Field & Stream helped to bring the sport out of that closet to a broader demographic slice of American sportsmen. Then, in the past five decades, Brooks’s protégé Lefty Kreh slowly became the new father figure of American fly fishing.

Lefty could not have become that mentoring figure had it not been for his irrepressible sense of humor, his sunny personality, his exceptional athletic abilities, and his skills as a natural performer and communicator. But at the top of the list of qualities that explain his rise to international recognition must be mentioned that rare and elevating virtue—character.

One cannot understand Lefty’s strength of character and his enduring values without knowing a little about his formative roots. Dept of the Interior, Ryan Zinke.

Mining corporations foreign and domestic can dig for gold, silver, copper, and other precious metals on public lands without paying royalties to the U.S. government and acquire mining rights for as little as $5 per acre. For fossil fuel companies, the Interior Department is moving to slash the royalties they pay for offshore oil and gas—from a current rate of 18.75 percent down to 12.5 percent. At the same time, the Bureau of Land Management has proposed reducing by 25 percent the grazing fees that ranchers pay to run livestock on public lands, and that comes on top of an 11 percent reduction that was put in place last year. Under the Trump administration, it’s now easier than ever for private interests to profit off the lands that are held by all Americans.

For Interior Secretary Ryan Zinke, there’s nothing wrong with such giveaways to vested interests. But there’s another group of public-lands free riders that we need to worry about, according to the secretary: schoolkids, veterans, people in wheelchairs, and senior citizens who visit our national parks. How to Weld a Loop On Your Fly Line

Ever get a fly line with no loop on the front end? How about a fly line loop that splits, or breaks (not a RIO, of course!)? When this happens there are a number of ways to add a loop to the front end. NOAA announced the appointment of Kristen Koch, as the new Science and Research Director for NOAA’s Southwest Fisheries Science Center.  The Southwest Fisheries Science Center employs over 300 research and support staff at laboratories in La Jolla, Santa Cruz and Monterey, California.  As Director, Ms. Koch will continue the work of planning, developing and managing a multidisciplinary program of basic and applied research on the living marine resources in the in the California Current and in freshwater ecosystems of California. She will also oversee several international research programs, including the U.S. Antarctic Marine Living Resources Program and research conducted in the eastern tropical Pacific and throughout the broader Pacific. She will assume her new role on March 18, 2018.

The Fly Fishing Show Schedule for 2019 With an eye to exhibitors and presenters planning their 2019 schedules, the Fly Fishing Show® has released new dates and venues in advance, said Ben Furimsky, president and CEO of the seven-location annual cavalcade of fly fishing: