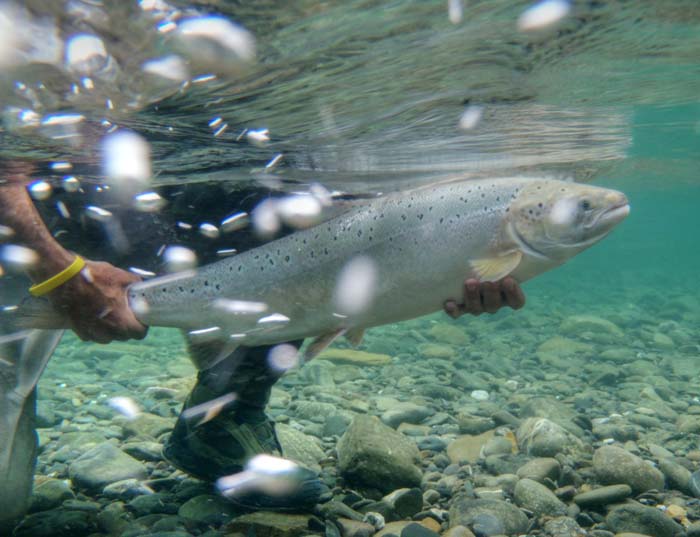 Losing stream access is not an “Oh Well” thing. Tell the shifty eyed States Rights boys and girls that you can smell BS from far away.

The new chapters – Missouri, North Carolina, North Dakota and Ohio – were officially launched following a vote by the BHA board of directors at BHA’s North American Rendezvous in Boise, Idaho in April. Less than 15 years after its formation, BHA members have established chapters in 39 states, two Canadian provinces and Washington, D.C. This April 22, 2016, image made available by NOAA shows a plastic ice bag found at the Enigma Seamount, during a deepwater exploration of the Marianas Trench Marine National Monument area in the Pacific Ocean near Guam and Saipan. NOAA Office of Ocean Exploration and Research via AP

Plastic trash kills fish and seals and now it can be found everywhere in the oceans, from floating gyres to the Marianas Trench.

There still may be places on Earth that aren’t despoiled by man-made trash, but they aren’t in the deepest reaches of the world’s oceans.

A plastic bag near the bottom of the Marianas Trench is just one of many bits of garbage that foul even the most remote points beneath the Earth’s seas, Japanese scientists recently revealed.

In a paper released last month, the researchers cataloged 3,425 cans, bits of plastic and stray fishing gear captured in photos and videos taken by deep-sea submersibles and remotely operated vehicles, mostly in the Pacific Ocean. The lower portion of the longest functioning fish ladder in the world, on the Clackamas River, helping fish go upstream. NOAA image.

A recent collaboration provided both state-of-the-art fish passage and power generation affording many benefits to this river system and the surrounding communities. NOAA collaborated with 33 partners, including Portland General Electric, to construct fish passage at their hydroelectric project. Partners engaged in this process included state and federal resource and land management agencies, tribal organizations, and recreational groups.

Teach someone to fly fish.

Show off your creative side in the first ever Swing the Fly poetry contest!

The winner will be the featured poem in the upcoming 2018.3 issue of Swing the Fly due out in late July.

-It should be somehow related to swinging a fly, fly tying, rivers, etc, the winner will be the poem our team selects that best represents what we think “Swinging a Fly” is all about!

2. Submit the poem as an attached Microsoft Word Doc in an email titled “Poetry Contest” to info@swingthefly.com . . . The Atlantic Salmon Federation, Fisheries and Oceans Canada, and the Nunatsiavut Government will partner to expand salmon tracking and research in Newfoundland and Labrador this year.

Four separate research projects will be initiated. They are: