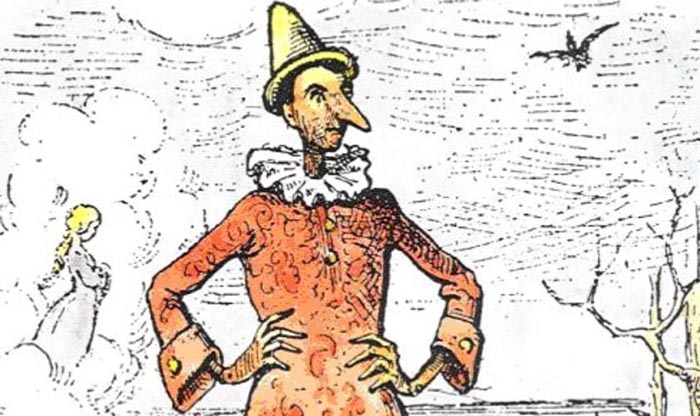 Integrity in fly fishing: Is there a little Pinocchio in you?

The Adventures of Pinocchio (1883). Created by Carlo Collodi. A commons image.

Unexpectedly, Pinnochio outed himself while fly fishing Elk Creek in NW Pennsylvania for steelhead on an unusually good weather day in February many years ago

[dropcap]I[/dropcap] caught my first Lake Erie anadromous Oncorhynchus mykiss trout that day, an insignificant steelie in the 10-pound range, but it was a thrill extraordinaire, a high I chase every chance given and it’s just as satiating when it happens 50 years later.

My hookup was after about two hours of fishing English style… cast and step forward, and repeat. A method learned from “Englanders” I watched swinging flies at Salmo salar from across the river on their 14-foot long Spey rods in Iceland.

My friend, who turned out to be Pinnochio, will remain nameless – I’ll call him Don

We had agreed to fish English style and stayed separated by most of a football field length on the Elk. Donald was never out of sight. The occasion of my being there that day was my first on the Elk. I was his guest, sort of, and following him.

I had gotten Don’s attention when I hooked, played and landed a steelhead and held it up for approval and boast. I got a return thumbs up. Pointing to him and signaling palms up, he responded “one” with his index finger. Damn, (my bubble said) I didn’t see that. Later, I saw him playing a steelie but losing it because of high sticking – a rod bending mistake.

Then, we were where I’d parked (second car), and we ended the day on the water. The conversation on the way to his car was naturally about our campaign on the water.

Don asked how I did, and I said that I caught the one he saw and maybe had a bump, but was not sure if it was a fish. He volunteered having several on and caught three. I almost crashed the car! And I thought I saw his nose grow, hmm?

Fishing for Big Numbers. How the times have changed 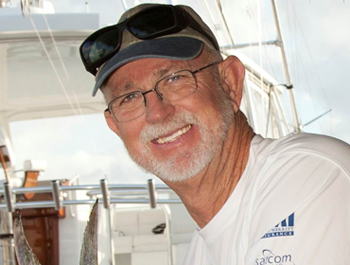 I don’t want to spoil Skip’s story so click on the link above to read the complete story (title).

… Later that day, this same captain had seen more than 30 and still had only caught three or four marlin. I had to fact-check this guy, and my friend rolled his eyes at that one.”

I was in the airport this past weekend, and some people struck up a conversation with my group. They said they caught 17 marlin in five hours. They had fished next to us for two hours, and we only saw them stop a couple of times. I asked them what boat they had fished on and then had my captain call the captain on that boat. His answer was five blue marlin and a couple of tuna and mahi. It seems like even the charters want to tell extra-large fish stories with their numbers too.”