Interview and Video: Thom Glace and the art of fly fishing 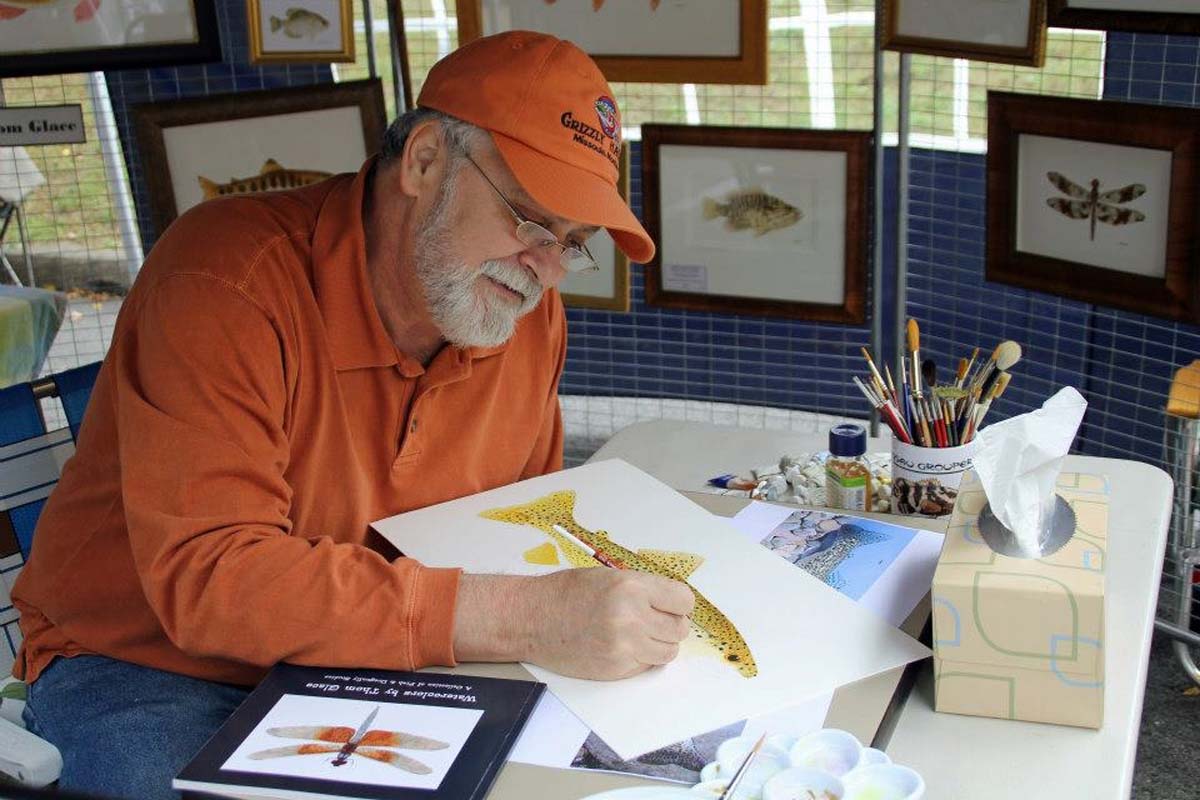 Thom Glace, Tar Heel, enjoys promoting fly fishing “festivals” by donating his art as a top prize and artfully demonstrating what local fish species look like and the insects that nourish them year-round.

How does Thom Glace keep it up? 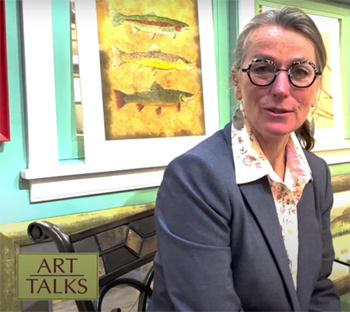 He who has passion never gets old

The driver for his enthusiasm is passion, and as you’ll witness in this video, Debbie Smith, former broadway stage actress and singer, now successful art critic, videographer, and art purveyor, draws out witness to this most remarkable person and his almost pubescent adoration for his art subjects: birds, birds of prey, insects, and our favorite and his most recognized keynote, gamefish.

Glace’s gamefish, fish, and insects have been seen worldwide in books, art publications, academic journals, and those especially reporting on fishing and fly fishing.

Thom’s primary source of art requests are referrals and gifted critics like Debbie Smith via her gallery. You would think his schedule would tax this septuagenarian, but it does not. Instead, his passion for observing nature, painting what his mind’s eye sees, and fly fishing both conventionally and via tenkara keep him ever the pubescent grown man who is easy to laugh at the comedy and wonders of living.

SIDEBAR: Thom’s father was one of the first 50 years of the 20th century’s top athletes. He attended the University of North Carolina, as did Thom, a die-hard Tar Heel.