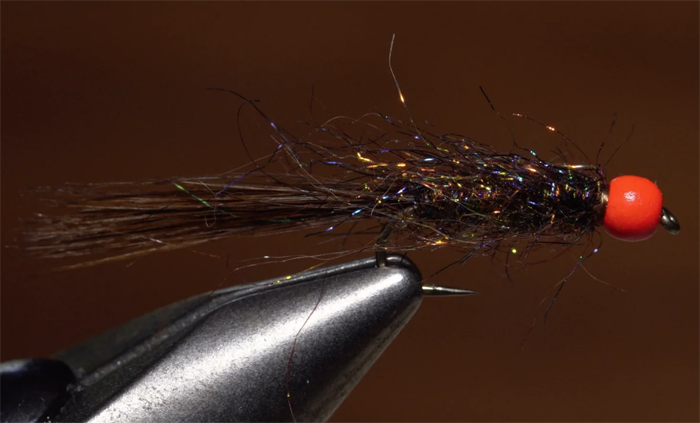 This pattern very compatible with the use of alternative materials and colors.

[dropcap]A[/dropcap]ny fly fisher with an exposure to Alaska, either slope of the Andes (Chile and Argentina), New Zealand (North or South island), Kamchatka, or rich saltwater flats of the globe can vouch for the wonderment of a single fly pattern that doesn’t look like anything that ever lived in fresh or saltwater unfailingly attracting a bite. That would be almost any game fish swimming for a living.

Add to the claims about the fly that any newbie tyer could produce a finished product on his or her first try. The fly then is familiar to everyone; right?

Well, no, not really. Nor does the tyer in the video, Tim Flagler; responsible scribe, Phil Monahan, or the corporation (Orvis) lending its name to the blog and video make those claims.

I’m the responsible exaggerator, but it’s the point that matters. Some fly patterns legally ruled aliens by Fly Tying’s SCOTUS, are the very flies that are found ‘round the world in fly boxes of serious fly fishers.