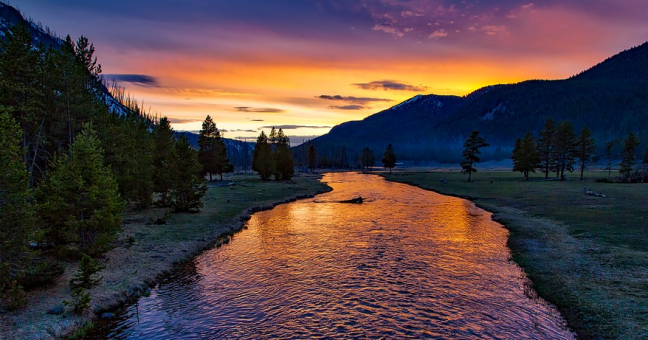 It’s time to do more than just “Keep It Public”

Sportsmen have largely stamped out the public land transfer movement in the West, but it’s not enough to rally around public land ownership now that a new kind of threat is emerging in the nation’s capital

[dropcap]I[/dropcap]t was just two years ago when our hunting and fishing opportunities on public lands fell under siege across the West. In 2015, a total of 37 individual bills were proposed in 11 Western states, all aimed at taking away our public lands and handing them over to the states to be industrialized or sold off.

At first, sportsmen and women may have been blindsided by the intensity and breadth of this onslaught, but our community quickly reacted by organizing rallies, testifying at committee hearings, and writing elected officials about the value of public lands. These methods were effective, but in some cases, too little too late. When the dust settled on the 2015 state legislative sessions, six bills had passed in four states.

Luckily, only the federal government has the authority to sell or give away our national public lands, but this was six bills too many. Sportsmen were even more informed and vocal the following year, isolating land transfer legislation to the state of Utah in 2016. In 2017, all of these state bills have died, an indication that state legislators understand land transfer is a toxic idea, having been bombarded by the sporting community and other constituents. By handing states management authority, national public lands would be managed like school trust lands, where profit is king…

It’s Not Over Yet

Sportsmen and women deserve to crack open a beer in celebration of recent victories, but we should do so with eyes wide open about the next threats to our public lands: The special interests and lobbyists have brought this fight to Washington, D.C., where they are working to take over our public lands in many carefully constructed, covert ways.

They want what they’ve always wanted—control of how these lands are managed, so they can open them up to unfettered development. Management, not ownership, was always the ultimate goal, and there are three primary ways to gain it:

The wholesale transfer or sale of national public lands to the states, what we’ve been fighting since 2015, was just the first attempt and some are still pushing it.

Giving local or state agencies the authority to manage America’s public lands while they remain in federal ownership may sound better, but it will have essentially the same outcome as giving away our lands. By handing states management authority, national public lands would be managed like school trust lands, where profit is king and outdoor recreation, like hunting and fishing, is an afterthought.

Negating the multiple-use mandate on federal lands would mean losing a carefully crafted balance between hunting, fishing, timber, grazing, and energy extraction. We’ve recently seen versions of this model proposed through the Self-Sufficient Community Lands Act, which would enable states to take over the management of national public lands for industrial forest production, and a proposal from Congressman Rob Bishop that would give states veto authority over the management of sage-grouse habitat.

This method is basically land transfer disguised in more subtle packaging, and lawmakers are counting on the fact that you won’t understand their true intentions. But we see right through it.
Rewrite the Rules

If special interest groups don’t like the rules for balancing the many uses of public lands or taking local input into account on land management decisions, well then why not just change them? That’s essentially what they’re trying to do right now.

Earlier this year, the Trump administration seemed focused on rolling out a new executive order weekly to review or revise the rules guiding the management of our public lands. Now, a review of 11.3 million acres of existing national monuments is in (though details are still thin) and DOI has until September 27 to complete a study focused on eliminating ‘burdens’ to energy production.

These processes may create opportunities for special interests to rewrite the rules of public-lands management and remove conservation standards for fish and wildlife, while smoothing the way for industrial development. It’s imperative that sportsmen remain closely involved when the rules are being evaluated or rewritten to ensure that our interests and the needs of fish and wildlife get a fair shake in the process.

Read the complete story: It’s Time to Do More Than Just “Keep It Public”