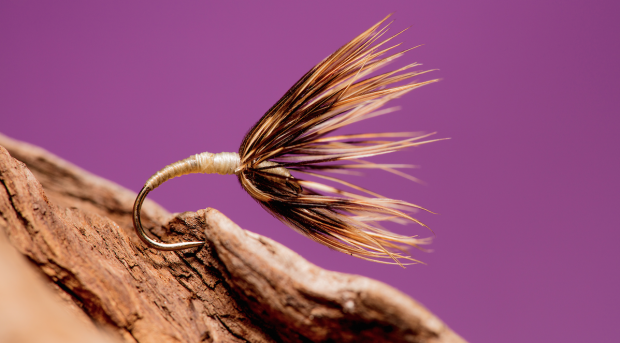 [dropcap]R[/dropcap]everse hackled flies are the creatures of Japan. For many centuries, tenkara style fly fishing and “backward” tied flies served poor commercial anglers who caught hand size, mountain stream fish to sell to the wealthy – a luxury akin to caviar. Each commercial fisherman used “his” same fly every day, all day, all year and every year. Photo by Kyle Quattromani.

Commercial tenkara anglers of yore, one mountain region to the next, tied only one fly pattern on one hook. Each angler tied his pattern. A design probably handed down to him a hundred or more years prior. The materials used were thread and hackle (guessing it was hackle as we know it). The tying materials were indigenous to the region.

Each commercial fisherman used “his” same fly every day, all day, all year and every year. In another mountain region, just 20 miles away a different pattern caught fish on that fisherman’s pattern year after year, after year. The fishing method afforded by a long, telescoping tenkara rod is a drag free fly presentation. In brush covered small streams with good CFM flow the tenkara style fishing is at its best. Reports of fishing results in those environs are commonly many times better than being fished with conventional fly rod and reel.

This video got our first place vote for easiest to understand on how to tie a tenkara fly fishers kebari fly. Note: The horsehair is easily substituted for with wire or mono. However, horsehair is readily available and inexpensive. It can be used for many things and on any pattern where ribbing is called for.