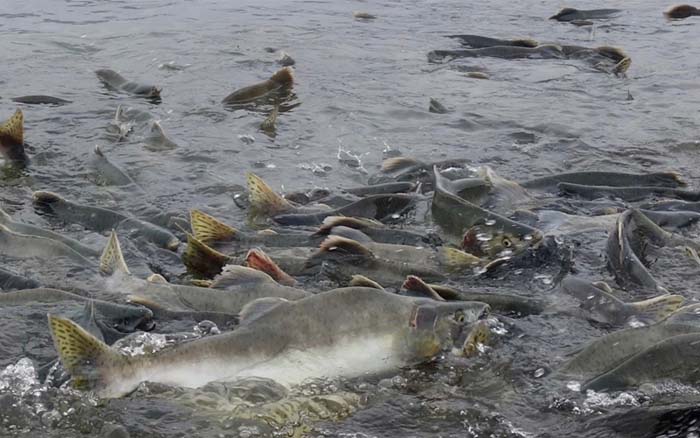 Photo by Ned Rozell / Alaska Business. Pink Salmon — Too Much of a Good Thing? 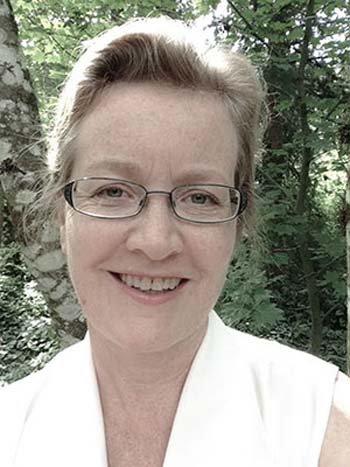 Forecasters with Alaska’s Department of Fish and Game are looking for indications of a plateau or beginning of a decrease in catches in the test fishery, 150 miles seaward of Bristol Bay, or in the catch or escapement (C + E = total run) in the bay itself, and are seeing none.

What they are seeing is increasing numbers of fish being caught furthest offshore in the Port Moller Test Fishery (PMTF), those linked to the run in the Nushagak district and other westside districts.

Since the last PMTF Interpretation on test fishery catches since June 29, two more days of catches much higher in stations 14-22 than previously seen and outweighing those caught in nearer-shore stations 2-12. The highest daily catch index on July 1 was station 16 with 166. However, that index only edged out the June 29 index at station 8 of 161 which may indicate that the run to the Egegik district continues to build.

Meanwhile, catches continue their upward trend in the bay, where landings now total over 10 million salmon, 9.9m sockeye. The largest increases in the 48 hours since last reported (June 30-July 2) are in the Nushagak district, where sockeye catches are now at 5.6m compared to 4.1m July 30 and in Egegik, where another 700,000 sockeye have been landed for a current total catch of 2.84m sockeye.

The Naknek-Kvichak district has landed a total of 1.3m sockeye; with Ugashic at 83,000 sockeye and Togiak at 31,000 salmon. For all districts, these numbers indicate the run will not peak July 4 and may be 2-3 days or more from reaching 50% of the total run.

As of June 29, production is 67% above 2018’s volume at this point in the season and 30 percent stronger than 2017, according to Garrett Evridge, economist for the McDowell Group.

“Sockeye volume is up 5% year-to-date from 2018 and 10% above the five-year average. About a quarter of the [Alaska Department of Fish and Game] ADF&G’s 2019 forecast of 42m sockeye has been realized,” Evridge noted.

“While production is slow in Cook Inlet, fishing has improved in Kodiak, Southeast, and AK Peninsula & Aleutian Islands. Chignik has not yet landed any sockeye —typically, several hundred thousand fish have been produced by now.”

Pink salmon production this year is about five times the 2017 level at this date, according to Evridge

“The Alaska Peninsula & Aleutian Islands have dominated early harvests, with strength also seen in Kodiak and Prince William Sound (PWS). The state’s pink harvest generally peaks about five weeks from this point in the season,” he said.

“Year-to-date keta [chum] harvest is about a half million fish lower than 2018. PWS continues to compensate for weakness in nearly every other area of the state. If PWS landings are removed, Alaska’s 2019 keta production is 61% lower than 2018.

“Chinook landings are 21% lower than 2018. Approximately 28% of the forecasted total harvest has been realized,” he added. Chinook salmon landings will increase as the Southeast troll fishery got underway July 1.

UrnerBarry market reporter Janice Schreiber reports that the sockeye market has dropped lower this week which coincides with its historical, cyclical trends. Usually the first week in July sees a significant price drop as supplies improve especially out of Bristol Bay. Currently, the low end of the quotations on 4-6 pound sockeye headed-and-gutted are at $4.50. This is $0.38 lower than this time last year or down 7.8%. However, 2019 is trending $0.24 above the five-year average or up 5.6%.