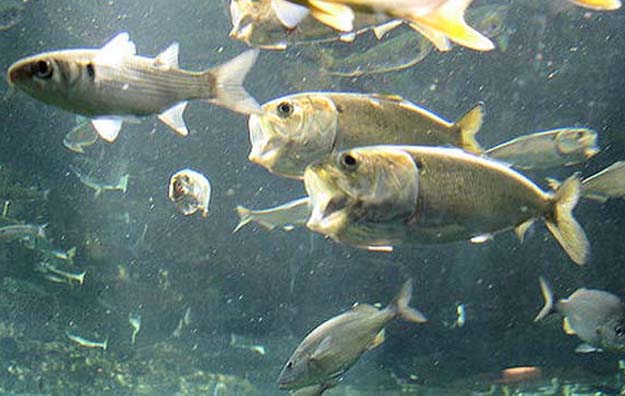 Killing all the big fish has serious consequences for mankind

We’re killing the oldest fish in the sea. Fishing eliminates most of the older fish, a new study finds, and the ecological implications are disturbing—but marine reserves can help

[dropcap]H[/dropcap]umans are killing the oldest fish in the sea, a new study suggests. That is likely altering ocean food webs and making populations of many important species eaten by people less stable and resilient.

It didn’t matter whether the species were long-lived yelloweye rockfish, which can survive more than 100 years; red snapper, which typically reach about 50; or Pacific cod, which rarely live past age 18. Some herring might only live seven years. Yet in most cases, even where fishing is thought to be sustainable, the more senior members of the population—the oldest one-third—were being wiped out.

“It’s worrisome,” says lead author Lewis Barnett, a postdoctoral researcher with the University of Washington and the National Oceanic and Atmospheric Administration’s Northwest Fisheries Science Center. “It’s important to have young and old fish because changing environmental conditions might favor one over the other in any given year.”

Older fish may eat different things and live in different areas of the ocean from their younger counterparts. Many fish settle as juveniles in kelp or mangrove beds then move offshore. Older fish also tend be better at producing viable offspring—offspring that tend to be larger. Killing too many older fish can make the rest of the population more susceptible to disease, rising temperatures, or pollution, and can put the entire population at greater risk of collapse, researchers suggests.