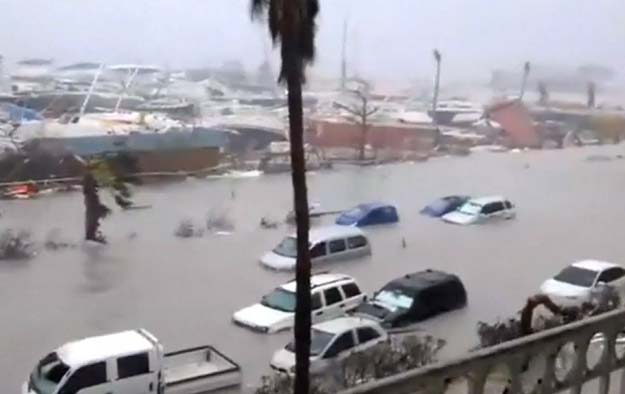 [dropcap]M[/dropcap]oving water south from Lake Okeechobee into the Everglades has been a goal for decades, but securing funding for and breaking ground on the project could end up helping hurricane-ravaged South Florida recover just as much as the fish habitat.

While parts of Florida are steadily recovering from the devastation of Hurricane Irma’s vicious winds and storm surge, rural communities like Everglades City and Chokoloskee—home to fishing guides, marina owners, and others who make a living from the popularity of sportfishing—have a tougher road ahead. For these towns to recover, become more resilient, and continue to welcome countless anglers, there are a number of immediate and long-term challenges to overcome.

Initial damage assessments concluded that more than half the houses in Everglades City were destroyed and 95 percent of area businesses were closed. Running water and electricity wasn’t available for weeks, and area sewage treatment failed, with sewage backing up into the streets. While basic utilities have been restored in the last month, many of the areas where vacationing anglers would stay and the homes where locals and guides live are still in disrepair.

Wetlands and waterways suffered, as well. Storm surge brought saltwater deep into brackish and freshwater wetlands, and streams became clogged with debris, like tree branches, sunken boats, siding, and appliances. Sewage spilled into waterways, and samples of receding floodwaters one week after the hurricane indicated the presence of more human or animal waste than the test could quantify.

All of this illustrates the need for basic infrastructure improvements to ensure that the Everglades can remain a pristine and safe place to fish, even after the next hurricane.

Fortunately, many experts on the ecology of the Everglades believe the system will heal itself in time, boosted by ongoing efforts to move freshwater back into the area from Lake Okeechobee. But these projects must proceed into the engineering and construction phases without delay.

Moving clean water south from the lake will help alleviate the lingering effects of this year’s tropical storm season. Heavy rains from Irma and other storms have filled Lake Okeechobee to an unsafe level, potentially stressing the dike that surrounds the lake and protects local communities. Too much freshwater in coastal estuaries, a condition that caused crippling algae blooms in the summer of 2016, is hurting fall fishing for redfish, speckled trout, and snook.

“There are no other Everglades in the world. They are, they have always been, one of the unique regions of the earth; remote, never wholly known. Nothing anywhere else is like them” – Marjory Stoneman Douglas. Image credit TRCP.

This is why the TRCP and a host of other sportfishing and conservation groups are working with Congress to expedite construction on projects to restore and protect critical habitat for fish and wildlife in South Florida.

In a letter to Senate and House leaders on October 10, a dozen groups—including the TRCP, Everglades Foundation, Snook and Gamefish Foundation, B.A.S.S., Guy Harvey Ocean Foundation, and International Gamefish Association—asked for funding to complete a water control structure that is critical to allowing water to move into affected areas. We also requested their long-term commitment to funding other approved Everglades projects.

Our hearts go out to fellow anglers and all Floridians who are rebuilding after the storm. The angling community in South Florida and beyond has responded by raising thousands of dollars to help those affected. This will help in the short term, but the long-term health of the area’s economy will depend on anglers returning to hire guides, buy ice and tackle, stay in area hotels, and eat at local restaurants. It is worth investing in infrastructure and habitat improvements to make sure that happens.