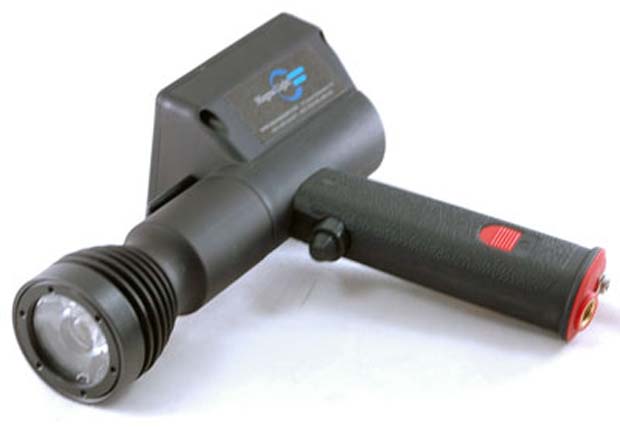 Monday Gear Review: Let there be light and lots of it, please

[dropcap]I[/dropcap]t was not a great day. It was a rare wintery South Florida day that went from not so hot to progressively worse. It got to blowing 20. We were in Everglades National Park chasing reds with moderate success – given the conditions. In the late afternoon, the clouds became thicker and grayer – the winds stayed at a steady 20 MPH.

Tom, my fishing partner that day, was an engineer in his former life. As you’d expect of an engineer, he kept his skiff and 40 HP 2-stroke in perfect running order. He also had everything we’d need if it rained. But at about 5 PM Toms 40 HP made a raw sound and then seemed to explode. Tom knew immediately, the head was blown. After Tom quit fussing with the motor, it was dark. It just so happened to be a new moon so dark turned quickly to pitch-black. We were in Hells Bay and Tom decided we’d use the Hell’s Bay Canoe Trail to get back to Flamingo (where all boats within the Park Launch from) because a more open water route would force us to fight an east head wind, which would not be favorable with only muscle power.

You’d never recommend that “canoe trail” in the summertime – mosquitoes by the score, but it was chilly and still rather windy. They’d be no mosquitoes. The sheltered route back to Flamingo is almost 10-miles. It weaves through mangrove lined creeks and ponds to a series of small bays. Fortunately, Tom’s Gheenoe LT25 was a shallow draft skiff and he knew the “trail” as he’d both canoed and kayaked his way through many times and stayed overnight in chickees.

Tom, I said, I know you’re familiar with the trail but I can’t even see you and you’re only 4-feet away. Tom said, “Get me that pistol grip lamp in the forward locker – it’s in the black bag.” I opened the bag and handed the pistol grip lamp to him. He turned it on. Voila, daylight squared. Wow. I said, What Hell is that thing! Tom enlightened me.

With a push poled and a canoe paddle we made Flamingo in under four hours and didn’t get stuck once because of low water. We’d called the rangers and told them of our plight, but said to not send out the troops – we were OK. The ranger gave us a special number to call when we where back at Flamingo.

Here’s what saved our bacon, so to speak The pistol grip spotlight’s handle is constructed of high impact nylon and an the LED is fully-potted within the lamp assembly, which is constructed of machined aluminum. The LED lamp is protected by a thick Lexan lens and the integral lithium ion battery pack provides long battery life – rated at 1,000’s of charge cycles. It’s also durable and water resistant.

The entire unit weighs only 14-ounces and comes with a wrist lanyard for carrying security. This light has a 3/8-16 inch brass nut fastener imbedded in the base of the handle to allow mounting the light to a tripod or magnetic base (provided separately by Larson Electronics).