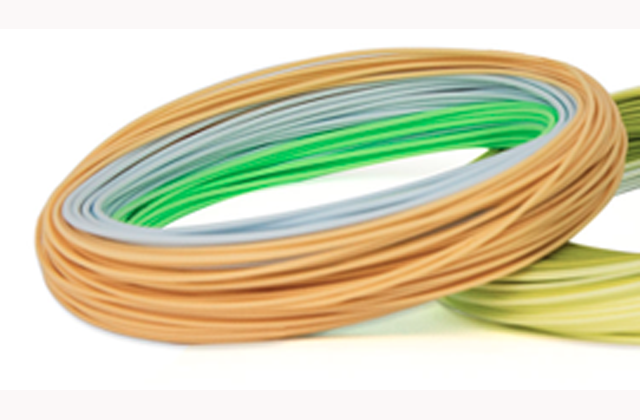 The ‘rub’ on the Sharkskin lines was just that. It’s squared off textured dimples would cause finger-burns while strip setting. An all day outing could make for some really sore fingers and in some cases cuts. However, for me and many others, the improvements to fishabilty far outweighed the possibility of discomfort. I just bought finger gloves and solved the problem all together.

The Sharskin fly lines, like SharkWave flylines, last much, much longer than conventional fly lines. I’m into my fifth year with Sharkskin on my Sage Bass rod and Tibor Light Back Country reel. That combo gets fished about 20 days a year, that’s approximately 100 days without any signs of wear. However, I do clean my line often since I only use that set-up in very harsh salt marsh venues.

SA met the burning finger challenge by coming out with its Mastery Series, a compromise that saw the squared off textured dimples go to rounded, or what SA calls “divots.” It solved the burn problem and kept much of the Sharkskin qualities. But there was a need unmet; the performance of the Sharkskin. In March of this year, SA SharkWave Saltwater (currently, there are three other tapers), created the worlds first triple-textured line. The lines feature a large head making windy days less problematic, as well as for casting big saltwater flies.

SA calls their loops Streamlined and they do aid in producing smooth casts – transition is seamless.

The lines also include Tactile Reference; a 30-inch segment of non-embossed line at the 30-foot mark that allows anglers to feel where the two textures meet.

Microscopic beads filled with air or gas are mixed with PVC – lowering the density of the flyline, helping the Sharkwave flylines float higher on the water. That technology got labeled “Microballons.” For the angler it allows easy line pick-up, haul and re-cast in one motion. You can easily pickup line at far greater distances and with less resistance than with any conventional flyline. One can cover more water easier than could possibly be achieved with conventional flylines. Microballons alter the contact angle to the water well above 110° an SA tech said, “. . . that’s 200% better than conventional lines.”

There’s Sharksin texture on the tip section that traps air, and combined with Improved Dry Tip technology that uses microballoons – allowing the line to float twice as high as traditional lines. Mastery Textured divots on the belly and running line provide a smooth feel, like that of traditional line, without disrupting the high-floating performance.

SharkWave flylines have less friction so they will cast much further than conventional lines. The friction points are the rod guides, the water and the air. With friction greatly reduced an angler can generate higher line speed and shoot line further – allowing the fly rod and angler to perform better. And the textured surface of SharkWave fly lines greatly increase the surface area of the line – making pick-up so much easier and from greater distances.