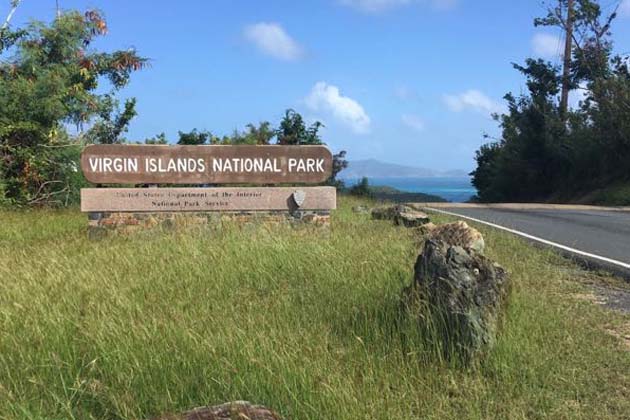 What Does the Government Shutdown Mean for National Parks and Park Visitors?

A partial closure of national park sites puts people and places at risk.

[dropcap]O[/dropcap]n January 19, Congress failed to pass a bill to fund the federal government, creating a shutdown at midnight. Here is a Q and A on what this could mean for the National Park Service and the 417 sites the agency manages.

Are national parks closed during the government shutdown?

According to a spokeswoman for the Department of the Interior, the agency is directing staff to “keep national parks as accessible as possible while still following all applicable laws and procedures.” In reality, this means gates at many sites will remain open for people to enter, but there will be very few staff on hand to protect visitors or park resources.

NPCA estimates that approximately a third of our 417 national park sites are now completely closed, including places like the Statue of Liberty, presidential homes, and other historic and cultural sites primarily made up of buildings that can be locked. Other park sites will remain semi-open, and what is accessible to the public will differ from park to park.

At all national parks, Park Service staff have been directed to close visitor centers, museums, memorials, full-service restrooms and other indoor structures that they manage. Educational programs and special events like weddings will be canceled and permits for special activities are likely to be rescinded if they require the assistance of park personnel. Outdoor areas such as roads, hiking trails and scenic overlooks that were open at the time of the shutdown are likely to remain open to the public. Areas that require maintenance or are deemed high-risk, such as areas that are avalanche-prone or impassable due to snow, are likely to be closed.

There is a great deal of variability in the decisions park managers can make to close certain areas, and the effects of the shutdown will differ from park to park. A closed sign at the Statue of Liberty on January 20, 2018, due to the government shutdown. Photo credit NPCA.

Is it safe to visit the national parks that are open during the shutdown?

Having such limited staff at national parks puts visitors at greater risk. National park rangers are on the front lines of visitor safety, making people aware of risks, patrolling dangerous areas, conducting search and rescue efforts, and coordinating with state and local emergency crews to aid people who need help. National park visitors regularly undertake vigorous exercise, swimming in ocean currents, hiking trails near thousand-foot drop-offs, navigating remote mountains and canyons, and driving dirt roads many miles from gas stations. Even with a skeleton crew of the most essential law enforcement officials and search-and-rescue personnel who are permitted to remain on duty during the shutdown, the Park Service puts itself and visitors at risk when it operates without a more complete crew of rangers and staff to ensure the greater attention to safety that parks require.

Will natural and cultural resources in our parks be safe during the shutdown?

Leaving parks open to visitation without sufficient protection by national park rangers is irresponsible and puts world-class resources at risk, similar to opening the doors to the Smithsonian without enough guards to protect the art and historic artifacts. National parks are home to wildlife and plants that exist nowhere else, vast unspoiled wilderness areas, and irreplaceable artifacts and cultural sites. Park Service staff are trained to handle unique preservation concerns with specialized expertise, and rangers know exactly where sensitive resources are within each park site and how to care for them. It’s extremely challenging for park managers to try to determine how to protect these resources with a very small fraction of their normal staff.

How many employees are affected?

More than 21,000 Park Service employees are being furloughed during park closures. Thousands more contract employees and small business owners will also be affected. That leaves a 3,298 “essential staff” to manage 80 million acres of national park lands, from Acadia to American Samoa to Zion.

Will the shutdown impact the national parks financially?

The National Park Service estimated that national parks lost $7 million in fee revenue during the 16-day shutdown in 2013. Without staff to collect fees and issue permits, the agency will similarly lose income during the current shutdown. Labor involved with closing facilities that could otherwise be used for more productive needs poses a cost. And when routine maintenance and other work isn’t performed on schedule, it can cost more to address later, like postponing a roof repair leading to greater rot that costs more to address later. How will the shutdown impact communities near parks?

Typically, in January, the National Park System sees nearly half a million visitors per day, spending $19 million per day in nearby park communities. In many communities, national park sites are the biggest economic drivers generating revenue for small businesses. These tourism dollars are at risk during the government shutdown.

When will parks fully reopen?

Parks will remain closed until Congress acts. Congress, first and foremost, is responsible for funding the federal government and keeping it up and running. And at this, our lawmakers have failed. The only answer to this partial closure situation is for Congress to come together, do its job and fund the federal government — including our national parks and all who work in them.

What can I do?

Please take action and ask your members of Congress to come to an agreement that funds our national parks and values our rangers and park staff.

John Garder is Senior Director of Budget & Appropriations at NPCA. He is a budget analyst and researcher who advocates for more adequate funding for national parks to diverse audiences, including Congress, the White House, and the Department of the Interior.