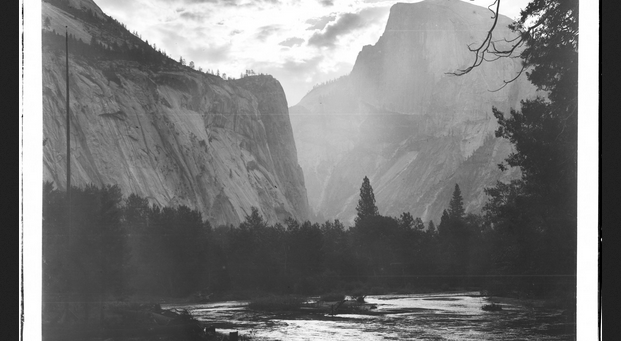 National Parks: Our parks – where ‘WE’ catch salmon, trout, tarpon and bass

Our National Parks Provide Americans with a Sense of Common Ground.

[dropcap]T[/dropcap]he 2016 presidential campaign has been among the most divisive and dismal political competitions in recent U.S. history. Politics is, infamously, a contact sport. But that’s supposed to be a metaphor, not an actual description. The main contest hasn’t begun, and already we’ve seen physical violence at campaign rallies—dissenters punched in the face, journalists manhandled—and dark hints of riots in the streets. We’ve fallen a long way from what Abraham Lincoln called “the better angels of our nature.”

Amid all the ugly rhetoric calculated to pit Americans against each other, I’ve found myself yearning for some sign of national unity. Is there anything left that proves our commonalities outweigh our differences? Maybe this is just a backpacker’s bias, but I can think of at least one remaining symbol of collective purpose: U.S. national parks.

This year marks the 100th anniversary of the establishment of the National Park Service. The parks are, in Wallace Stegner’s memorable phrasing, “the best idea we ever had.” The line might be overused—and too often it feeds a gauzy nostalgia that cloaks the injustices that coincided with the parks’ creation—but it still rings true.

Our national parks are egalitarian

Among all the federal agencies, the Park Service is unique in its mission to steward public lands for all people for all time. In doing so, the Park Service fulfills the highest ideals of this country. The parks are egalitarian, preserved for everyone regardless of income or color. They are reservoirs of freedom, giving people a chance to escape into big, open spaces. They are ecumenical, providing people with places both to congregate and to seek solitude, to experience, however, they like whatever they may call divine.

No wonder, then, that the parks are so overwhelmingly popular. According to a poll by the National Parks Conservation Association, 95 percent of Americans approve of the national parks, a figure probably only topped by approval for babies and puppies.

Beware, there are those who covet dismantle, and under-funding

Such broad support might be the number one reason to celebrate the National Park Service centennial. In this season of partisan distrust, the parks remain a trust held by all citizens. They represent something that feels all too elusive these days: common ground.

Jason Mark is the editor of Sierra and the author of Satellites in the High Country: Searching for the Wild in the Age of Man.
See more stories by this author . . .