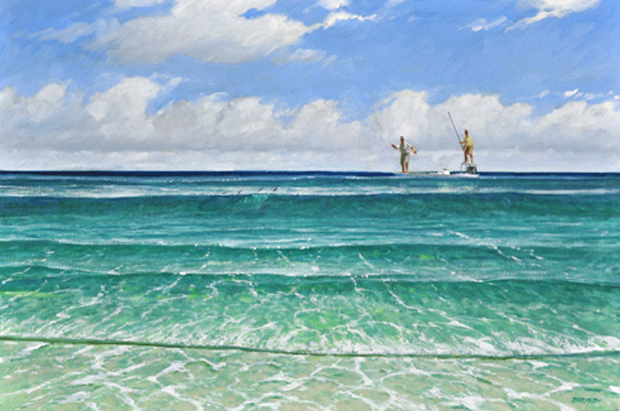 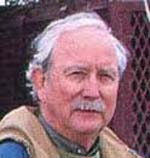 “I always felt that if I had been born or grew up on the east coast, I would be a much different artist.  Texas, with its shallow bays and estuaries, just doesn’t have the diversity of water craft as New England. We moved to the coast, Port Isabel, when I was in the fourth grade. There were two ferry boats making the daily trips between south Padre Island and the mainland. The captain of one of the vessels would let me ride for free and even steer and throw the dock lines at times.  I was hooked – It was the nautical life for me. I always knew I was going to be an artist having been drawing long before I started school.  I sold my first painting, a sloop, when I was in the sixth grade.

I wanted to be a commercial artist and in those days, BC (before computers), you had to know how to draw to be successful. After marrying my wife Nanci, (of 52 years), I landed in Dallas as an art director, freelancer, and illustrator. After 13 years and a large mural commission, I was ready to move back to the coast, to Corpus Christi. I had taken some trips to the Bahamas and crewed on several boats between New England and the Caribbean, from Texas to Florida and from Florida to Belize.  When I saw the clear turquoise water of the Caribbean, I knew what was going to be my favorite subject matter for the rest of my life, In my time there, I was able to record native boats, their way of life, and the waterfront as it had existed for hundreds of years. Those images are still the source of many paintings today.

Most of my work is done in the studio.  I do enjoy plien aire and sketching but most of the time it’s just too damn hot to go outside.  We’ve had 34 days of 100 degree plus in a row now. I work in oil primarily, with some watercolor and pastel. My paintings usually originate with the thought like I need to paint some water. I have tried many times to start out with a subject, and paint around it, but it just doesn’t work for me.   I prefer to start out with the sea/landscape and see what appears in it along the way.  Sometimes birds fly in, sometimes boats float in, sometimes both. That’s what I like about marine art.  Events happen at a slower pace – you have time to see them.”

Source: Bonefish & Tarpon Trust. Click here to join and win a trip of a lifetime . . . 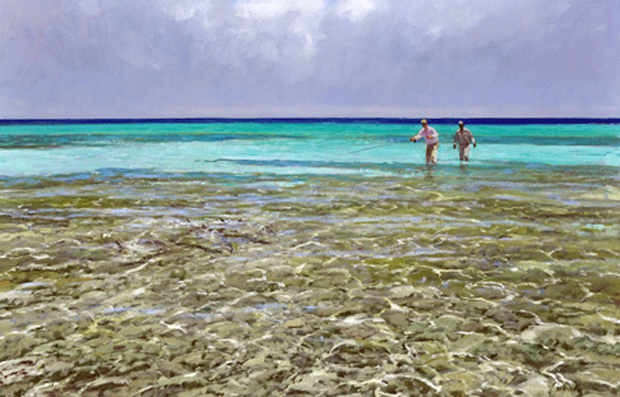 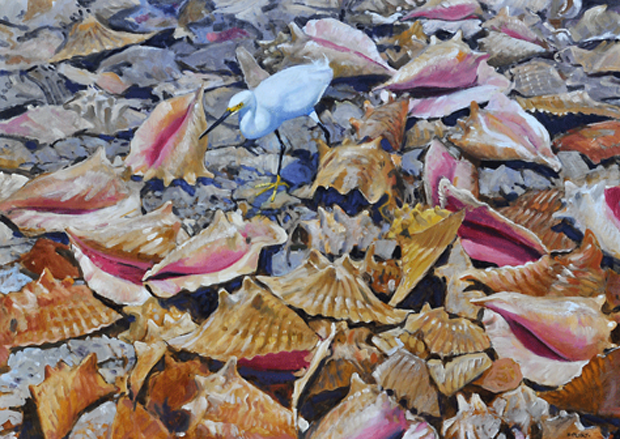