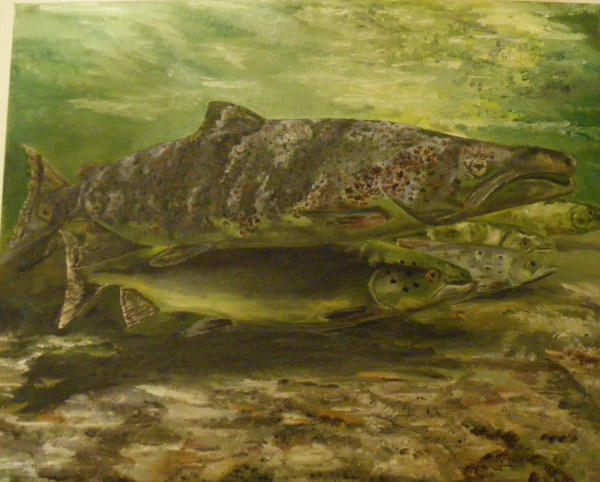 “We’ll have 60,000 to 80,000 Atlantic salmon yearlings available for planting in 2013,” said Todd Grischke, the Lake Huron basin coordinator for the Michigan DNR. “We are going into the stocking phase and will be evaluating the plants: where they go, where to best stock them and what to expect once we do.”

The decision to plant Atlantics in Lake Huron has been urged by anglers after the collapse of chinook salmon in the early 2000s. Many anglers know that Atlantic salmon stocked in the St. Mary’s River by Lake Superior State University thrive and return to be caught. LSSU stocks 25,000 yearling Atlantic salmon annually, with an average creel return rate of 6-8%.

“That rate of return is excellent,” Grischke said. “Anything above 2 percent is good.”

Angler Frank Krist is excited about the possibilities. He fishes Lake Huron four or five times weekly and targets a variety of species. Lake trout, steelhead and walleye have all exploded since Chinook salmon disappeared due to the collapse of the alewife forage base. [Read More]