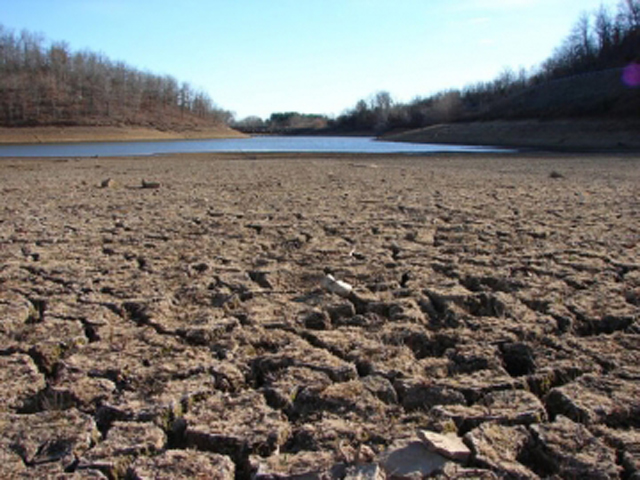 Not much of a chance for a salmon run here.
San Geronimo Creek in West Marin County is generally a popular spot to find coho salmon jumping their way upstream – but not this drought-parched winter. Photo: Beck Diefenbach, Special To The Chronicle

[dropcap]T[/dropcap]he lack of rain this winter could eventually be disastrous for thirsty California, but the drought may have already ravaged some of the most storied salmon runs on the West Coast.

The coho salmon of Central California, which swim up the rivers and creeks during the first winter rains, are stranded in the ocean waiting for the surge of water that signals the beginning of their annual migration, but it may never come.

All the creeks between the Golden Gate and Monterey Bay are blocked by sand bars because of the lack of rain, making it impossible for the masses of salmon to reach their native streams and create the next generation of coho. The endangered coho could go extinct over much of their range if they do not spawn this year, according to biologists.

“It may already be too late,” said Stafford Lehr, chief of fisheries for the California Department of Fish and Wildlife. “The Central Coast coho could be gone south of the Golden Gate.”