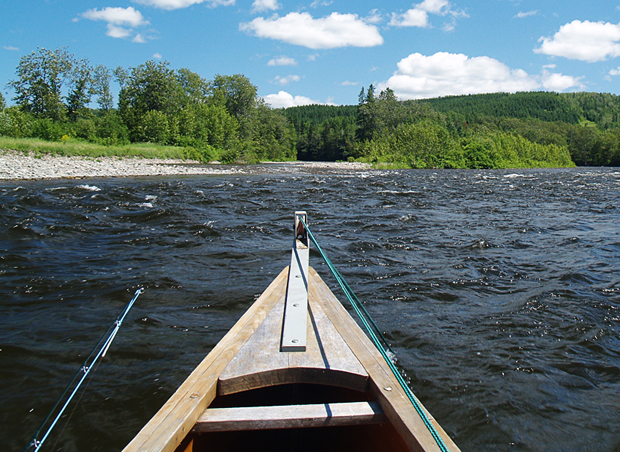 [dropcap]T[/dropcap]he Atlantic Salmon Federation (ASF) is welcoming today’s announcement in Miramichi City by the Honourable Gail Shea, Minister of Fisheries and Oceans (DFO), that the federal government will set up an advisory committee made up of members from the four Atlantic Provinces, Quebec and First Nations to address the serious decline in wild Atlantic salmon numbers.

“ASF appreciates the quick action by Minister Shea in response to the call to action that we issued in cooperation with the Miramichi Salmon Association in September,” said ASF President Bill Taylor who spoke at the media event in Miramichi City. “Our call came toward the end of the season, when we realized salmon runs during 2014 had declined to a crisis state.”

The average number of salmon returns to the Miramichi River has declined rapidly from 82,000 annually in the 1990s to 53,000 in the first decade of this century, to 23,000 a year since 2011. Preliminary numbers from DFO indicate even further declines in 2014.

As this is a situation experienced on many rivers throughout Atlantic Canada and Quebec, ASF also appreciates the broad-based approach that will include consultations in all areas, as well as the opportunity for concerned groups and citizens to provide written submissions.

The Committee is slated to meet a minimum of four times between February and June 2015 in preparation for its advice on approaches to stem the decline of wild Atlantic salmon throughout eastern Canada. ASF is hopeful that the Advisory Committee will recommend precautionary management measures that the Government of Canada can implement in time for the 2015 season.

“Short-term actions and measures need to be taken before the salmon runs begin next summer, but there are also long-term investments that need to be made,” said Taylor. “Wild Atlantic salmon are extremely important environmentally, socially and culturally to the people of eastern Canada.”