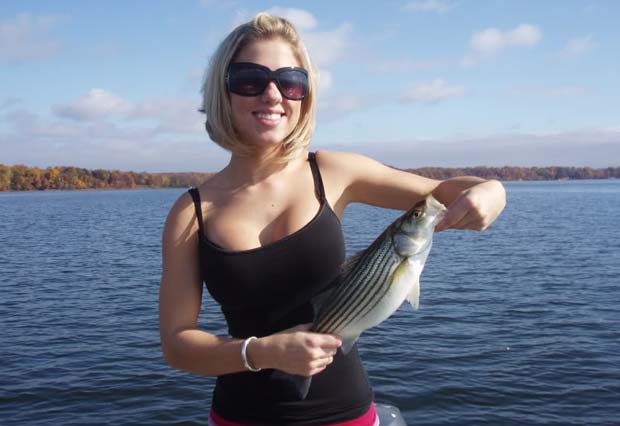 [dropcap]I[/dropcap]n the summer of 2010, Michael Kemp was on a boat in the uppermost part of Chesapeake Bay when, as the tide rolled out, he realized they were floating atop a vast, underwater meadow.

As the water level sank, the tops of the plants began brushing the water surface all around the boat.

“In all directions, as far as I could see, it was submerged vegetation,” said Kemp, a professor at the University of Maryland Center for Environmental Science’s Horn Point Lab. “The water was crystal clear. We were very impressed.”

Impressed enough that he secured funding from Maryland Sea Grant to launch a study of why grasses in the area off Havre de Grace, known as Susquehanna Flats, had made such a remarkable comeback.

After all, had he visited the same site two decades earlier, he would have found the bottom covered with sand, silt and mud — and that would scarcely have been visible through the cloudy water. Plants were few and far between.

Historically, Susquehanna Flats was known for its vast, lush grass beds, which were an important feeding area for migrating waterfowl, especially canvasback and redhead ducks that flocked to the area in huge numbers.

Like all green plants, underwater grasses need sunlight to survive. As the water is clouded by sediment or nutrient-fueled algae blooms, the plants die.

The beds were already in a decline from worsening water quality in the 1960s. Then Tropical Storm Agnes smothered what was left under a wave of sediment in June 1972.

The flats remained little changed for nearly three decades. Then, grass abundance went from near zero in 2000 to about 25 square miles in 2010. It was, by far, the largest underwater grass bed in the Chesapeake.

Over the last several years, Kemp and graduate student Cassie Gurbisz have worked to understand what triggered that comeback. The reason, Kemp and Gurbisz concluded in an article that appeared earlier this year in the journal Limnology and Oceanography, was a mixture of good water quality trends and good weather.

Nitrogen concentrations in the flats had been increasing through the 1970s, but stabilized and began to decline in the mid-1990s. Measurements of suspended sediments and water clarity also improved. In fact, water clarity was, at times, good enough by the mid-1990s to theoretically sustain grass beds, according to their paper.

Yet there was no sign of recovery until a four-year dry spell began in 1999.

The reason, they suggest, is that although nutrients were declining, water clarity on the flats remained iffy. It seemed to be more impacted by fine particulates — tiny bits of silt and clay — floating in the water, rather than nutrient-fueled algae growth.

Fine particles are especially harmful for water clarity. An ounce of fine particles blocks more sunlight than an ounce of larger particles such as sand. They also float in the water longer and, when they do settle, are more easily churned up by wind or waves. Once they enter the system, it can take years for them to settle out.

Very high river flows flush large amounts of fine particulates into the area, Gurbisz said. Although overall water quality trends were improving in the 1990s, there were enough floods in the Susquehanna to immerse the flats with a fresh supply of fine particulates every few years. Submerged aquatic vegetation at Susquehanna Flats went from a few sparse plants in 1984 to a large, dense bed in 2010. (Lucidity Information Design, LLC).

It took a four-year dry spell starting in 1999 to give the particulates time to settle and water clarity to improve to a “tipping point” that allowed grasses to begin springing from the bottom.

“We suggest that exceptional growing conditions during the drought period allowed the system to overcome the turbid water state, serving as a ‘kick-start’ to facilitate the rapid resurgence,” Gurbisz and Kemp wrote.

While Mother Nature helped with the weather, the scientists said nitrogen reductions likely played an important role as well. The nutrient spurs the growth of algae directly on plant leaves. Known as epiphytes, these algae also block as much as 60 percent of the sunlight from reaching the plant’s surface.

Indeed, the scientists said cooperative weather alone would not have brought back the grasses.

“From the 1960s and ’70s, there was a lot of drought, and the bed was still declining,” Gurbisz said. But at that time, nutrient loads were increasing and water quality declining.

Also helping, they said, was that once the plants starting coming back, they created conditions that further promoted, and hastened, the recovery. The physical structure provided by the plants slowed water movement, which caused floating particles to settle to the bottom and stay put. They also used up nitrogen, which reduced epiphyte growth on plant leaves. As a result, the amount of light reaching the plants increased. Those processes become more and more effective as the bed enlarged, promoting more plant growth.

These “feedback” mechanisms helped to maintain the conditions needed to support grasses within the bed and improved water quality in adjacent areas, allowing grasses to expand their area over the years.

The positive feedback “is the mechanism that will enable it in the long run to repopulate some of these deeper waters,” Kemp said. “It is also a reminder that the impact on the Bay goes beyond the boundaries of the bed.”

The feedback mechanisms supported by that plant density, the authors say, helped it withstand the sediment plume flushed out of the Susquehanna by Tropical Storm Lee in 2011.

When the scientists revisited the flats in early 2012, “our expectations were really low,” Kemp acknowledged. “But by the end of that 2012 growing season, we were rejoicing in the fact that the bed was there and it was relatively healthy.”

Lee was second only to Agnes in the amount of sediment flushed into the Bay. But Agnes hit in early summer, when plants were small, whereas Lee hit in late summer, when thick beds of grass reached to the water’s surface.

Lee still took a toll — about half of the bed was wiped out — and in some remaining areas the plant density has declined. Nonetheless, Gurbisz said, “there is still a really dense core of a plant bed. And I think that is partly why it has this resilience; it maintains that dense core and is still able to come back the following growing season.”

Though reduced, it remains — by far — the largest grass bed in the Chesapeake, and its recovery and survival may offer lessons about what it takes to get grass beds to come back in other places.

For instance, water clarity in the flats met Bay goals for underwater grass beds in the mid-1990s, but grasses did not rebound until the four-year dry spell produced significantly better water clarity. That bolsters the growing suspicion among scientists that Bay water quality clarity standards — which were developed based on the light needs of existing beds — may not be sufficient to spur growth in unvegetated areas.

“We are just scratching the surface,” Kemp said of the research at the flats. “These are large, complicated systems.”