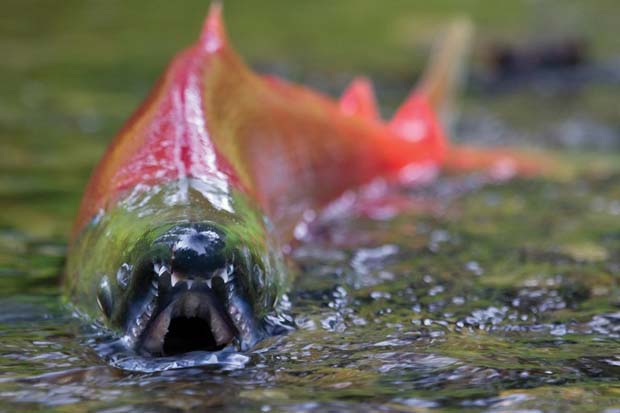 News: Dictionary of Deception in Pursuit of the Pebble Mine

[dropcap]E[/dropcap]arlier this month, when the Inspector General of the U.S. Environmental Protection Agency *(“EPA”) issued the results of an independent investigation undertaken at the urging of The Pebble Partners (“Pebble”) — the beleaguered mining partnership behind the massive Pebble Mine proposed in southwest Alaska – the company responded angrily. Disappointed by the unambiguous rejection of his company’s charges of EPA misconduct, Pebble’s CEO Tom Collier immediately condemned the investigation he’d requested as “an embarrassing failure . . .” and a “whitewash” — “the single most embarrassing piece of work by an inspector general that I have seen in my 40 years of working with inspector generals.”

Protesting too much? Perhaps what Mr. Collier really meant was that his company was embarrassed – not the Inspector General — by the outcome of an investigation that he himself had requested and even cited as confirmation of foul play at the EPA. Or perhaps his rage of hyperbole was merely the product of his having just been stung by the old adage, “be careful what you wish for.”

Maybe, but I think there’s more to it

In fact, Collier’s outburst is only the latest illustration of a pattern at Pebble – an illustration of how, in Pebble’s self-focused worldview, the meaning of everyday language gets distorted, defined not by clear-eyed reality but through a lens of support or opposition to its reckless mining scheme. Objective truth – what facts and commonly-used words mean to the rest of us – is beside the point; Pebble’s truth depends fundamentally on whether a person, action, or event is good or bad for its interest in the Pebble Mine. In the same way, by Pebble’s definition, a truly “independent” investigation is one whose findings confirm Pebble’s own view, not whether it is in fact, by common understanding, “free from outside control or support.” For example, Pebble is quick to cite as a model of independence the recent review by former Defense Secretary (now lobbyist) William Cohen and his team of DC consultants and lawyers, never mind that the review was initiated and paid for by Pebble itself. Never mind that Pebble was the client.

But, according to Pebble’s own in-house “Dictionary of Deception” – were it to compile one — an “independent” investigation means an investigation paid for by Pebble that confirms its own position.

Listed below, in no particular order, are some other possible entries, derived from its persistent penchant for re-purposing common English words to promote the Pebble Mine:

• “Forever” (referring to the estimated lifetime of the massive earthen dams that Pebble predicts, with modern engineering techniques, can safely contain an estimated 10 billion tons of contaminated waste) means 17 years, which is the time to failure of the containment dam last year at Canada’s Mt. Polley copper mine – designed by the same company hired to design Pebble’s containment.