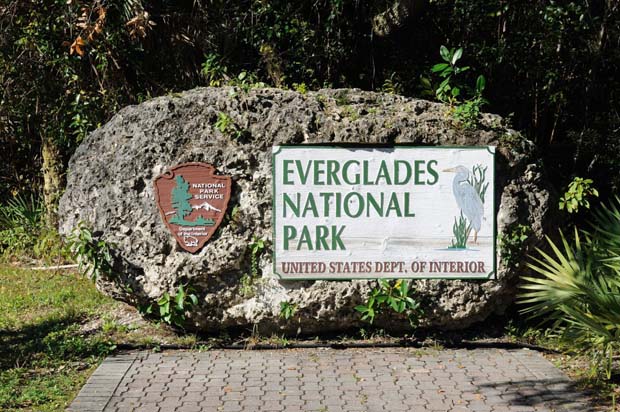 Here’s what Orvis endorsed guide Capt. Dave Hunt says about tarpon and the Park: “Everglades National Park is the Vatican of tarpon fishing. Recent satellite tagging science indicates that most tarpon visit the park at some time during the year . . .” If you want to successfully fish the Park, call Dave.
Capt. Dave Hunt photo.

“Covering much of the southern tip of mainland Florida and nearly all of Florida Bay, Everglades National Park is home to some of the best recreational fishing opportunities that Florida has to offer,” said Trip Aukeman, director of Advocacy for Coastal Conservation Association Florida. “Given that this GMP will guide management actions for the next 20 to 30 years, it’s critically important that we get it right. Overall, we believe the GMP strikes an appropriate balance of management measures to safeguard resources while allowing for reasonable boating and fishing access.”

Everglades National Park officials have been working on the GMP update for several years. After serious concerns were raised over the draft GMP and the potential for reduced public access to the park’s waters, park officials worked closely with members of the recreational fishing and boating community to identify ways to better facilitate access while minimizing boating impacts to important habitat, namely seagrass. As a result of those discussions, many significant changes were made from the draft GMP to the final GMP.

“The recreational fishing community recognizes pole and troll zones are an important management tool to conserve shallow water habitat, but these zones must be established at a reasonable size and with access corridors to allow anglers to still reach the area,” said Mike Leonard, Ocean Resource Policy director for the American Sportfishing Association. “In working with the recreational fishing community, Everglades National Park officials modified tens of thousands of acres of the park’s waters to better facilitate boating access, and included 29 new access corridors in the final GMP compared to the draft GMP. The level of responsiveness of Everglades National Park officials to our community’s input is reflective of how good public policy should be developed.”

One significant change that boaters in Everglades National Park will experience in the future is a mandatory boater education and boating permit system. Operators of motorboats and non-motorized boats, including paddled craft, would complete a mandatory education program to obtain a permit to operate vessels in the park.

“We are pleased to see a cooperatively developed plan that protects our natural resources as well boater access in a balanced manner,” said Nicole Vasilaros, vice president of Federal and Legal Affairs for the National Marine Manufacturers Association. “While we believe that boater education is best administered on the state level, we appreciate the collaborative work the Park has done to include stakeholders in this process and we agree that education is the best way to ensure a safe and fun day on the water. Utilizing state of the art technology, including updated maps and navigational charts, we hope boaters will have an improved experience operating within park waters while ensuring visitors maintain robust access.”

“It’s hard not to recognize the clear contrast between the degree to which stakeholder input was considered for Everglades National Park’s GMP compared to that of Biscayne National Park, where the recreational fishing community was resoundingly ignored,” noted Leonard. “By recognizing that habitat conservation can be achieved while still allowing the public to get out on the water and enjoy our public places, Everglades National Park officials set a positive example that we hope other National Park Service units will follow.”

The American Sportfishing Association (ASA) is the sportfishing industry’s trade association committed to representing the interests of the entire sportfishing community. We give the industry a unified voice, speaking out on behalf of sportfishing and boating industries, state and federal natural resource agencies, conservation organizations, angler advocacy groups and outdoor journalists when emerging laws and policies could significantly affect sportfishing business or sportfishing itself. ASA invests in long-term ventures to ensure the industry will remain strong and prosperous, as well as safeguard and promote the enduring social, economic and conservation values of sportfishing in America. ASA also gives America’s 60 million anglers a voice in policy decisions that affect their ability to sustainably fish on our nation’s waterways through KeepAmericaFishing™, our angler advocacy campaign. America’s anglers generate over $48 billion in retail sales with a $115 billion impact on the nation’s economy creating employment for more than 828,000 people.,” noted Leonard. “By recognizing that habitat conservation can be achieved while still allowing the public to get out on the water and enjoy our public places, Everglades National Park officials set a positive example that we hope other National Park Service units will follow.”