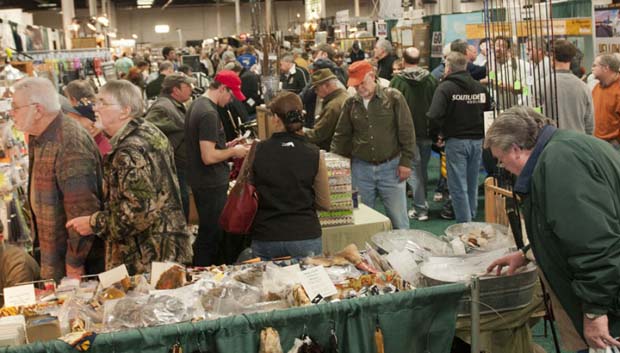 By Skip April 12, 2013 No Comments
[dropcap]W[/dropcap]ith exhibit materials from the last Fly Fishing Show season barely packed away, 2014 dates and locations have been announced by producer Chuck Furimsky. “All locations remain the same, but we are shifting the Winston-Salem Show to a Friday-Saturday event since Sundays are generally considered a  church and family day’ in the area. On Friday, many businesses – financial services, high-tech, education – traditionally close for the weekend by early afternoon; we believe the show will definitely get a stronger first day crowd to exceed Sunday attendance.” said Furimsky.

During the 20 day, seven cities 2013 Fly Fishing Show season, attendance increased “a remarkable 10.1% over 2012. But perhaps of greater interest is that 28.5% of attendees purchased multiple day admission tickets; and exhibitor booths were 100% sold out,” according to Furimsky.
[information]
Exhibitor booth space for all 2014 show dates is now available for reservation at (866) 481-2393 or info@flyfishingshow.com
[/information]