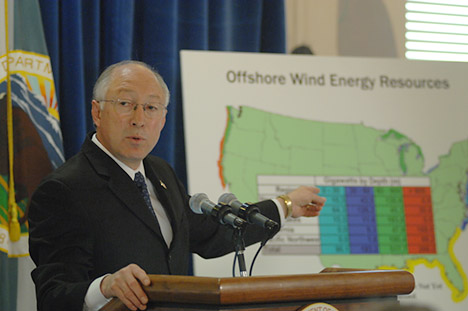 News: Fracking on our public and private lands

Streams, rivers and lakes have yet to be harmed, but some landscapes have gone from pristine to not so pristine and a few land owners have been screwed. Try selling your house when the tap water is black and smells like diesel. And there’s no Plan B. The Secretary of the U. S. Department of Interior, Ken Salazar.

To Whom It May Concern:

The following comments are submitted on behalf of Sportsmen for Responsible Energy Development (SFRED) and its founding partners the National Wildlife Federation, the Theodore Roosevelt Conservation Partnership, and Trout Unlimited. SFRED is a coalition of more than 500 businesses, organizations and individuals dedicated to conserving irreplaceable habitats so future generations can hunt and fish on public lands. The coalition is led by the Theodore Roosevelt Conservation Partnership, Trout Unlimited and the National Wildlife Federation.

SFRED thanks the Bureau of Land Management (BLM) for its willingness to address the expanding use of hydraulic fracturing technologies in the extraction of oil and gas on federal lands. Federal lands are a public trust, managed for multiple uses, including the conservation of fish and wildlife habitat. BLM has a responsibility to ensure that activities on these lands are conducted safely and conscientiously in a manner that preserves habitat for fish and wildlife and recreation values for all Americans. BLM cannot abdicate this responsibility in the hope that the states or others will fill the void.

The regulations governing oil and gas drilling methods on federal lands have not been revised for thirty years. In that time, there have been significant changes in the use of hydraulic fracturing technology. Most wells are now “fracked;” in many gas and oil formations, wells are fracked repeatedly using thousands of gallons of water at very high pressures. BLM’s regulations should reflect these changes. We strongly champion the need to disclose the chemicals contained in hydraulic fracturing fluids. These chemicals have potential to enter surface waters and groundwater through leaks and spills and, especially given the now extensive use of these fluids, both the public and land managers should know their toxicity impacts. We urge BLM to ensure that the chemical content of fracturing fluids is disclosed prior to drilling so that appropriate measures can be in place to avoid or contain impacts on public safety and the environment.

SFRED is encouraged that BLM has chosen to address well integrity and questions regarding flow-back of fracturing fluids in addition to disclosure. Merely disclosing the toxic content of the fluids used will not ensure that pollution of surface and ground waters is prevented. BLM must also make certain that these fluids are properly contained in closed loops on the surface and in strengthened well casings below the surface. In addition, monitoring of ground and surface waters should be required in order to demonstrate that containment measures are effective.

We thank BLM for the opportunity to comment on its proposed rules. SFRED is not opposed to the development of energy resources on our nation’s public lands. We understand that energy is vital to America and that, given the volatility of global markets, it is imperative that we reduce our reliance on foreign sources. However, because other important values are also at stake, such as fish, wildlife, and water, BLM must ensure that its decisions regarding the use of federal lands are responsible and undertaken with a level of care commensurate with the trust that has been placed in its hands. Louis Meeks, a hay farmer in Pavillion, Wyo., holds a mason jar under a faucet in his house and turns on the water. It’s a demonstration he’s given to a slew of neighbors and government officials. The water, drawn from his backyard well, is cloudy and smells like diesel. “Would you want to drink it?” he asks.

Meeks blames the bad water on fracking, the process in which thousands of gallons of water are mixed with sand and chemicals and blasted underground to free natural gas.

After sampling and analyzing his water, the U.S. Environmental Protection Agency last December issued a preliminary report citing the Pavillion area as the one—and only—place in the nation where fracking is causing water contamination (that’s a bold face lie). Far from thanking Meeks for raising the alarm, his neighbors in the town (population: 231) now say he’s responsible for driving real estate buyers and business away. “It was instantaneous, like the spigot was turned off,” says Ginny Warren, describing how sales at her restaurant dried up. “I’m stuck with a property that I couldn’t give away if I wanted to.”

Also, In an interview with Ray Suarez (NPR), Stephen Bloch, Southern Utah Wilderness Alliance said he’s very concerned about impact of oil production and fracking demand for natural gas on BLM lands, such as the thousands of acres that is home to the White River in eastern Utah (Desolation Canyon). So far so good, but the Bureau of Land Management recently approved 1,298 new wells for the natural gas company Gasco. Bloch asks, where is all the water going to come from? Where’s the waste water going to be stored.  What’s the treated for reuse? What’s Plan B if there’s a leak?