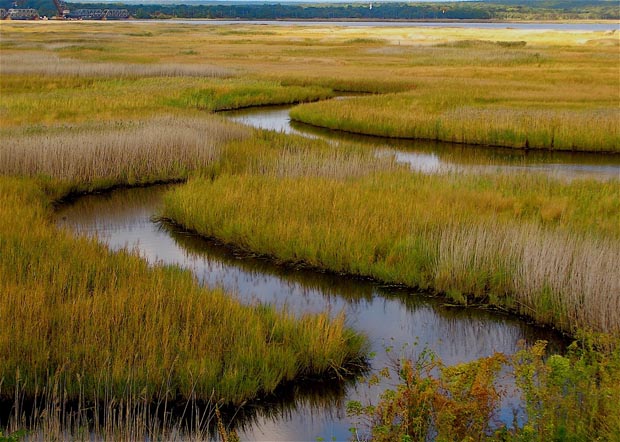 [dropcap]R[/dropcap]estore America’s Estuaries releases new report, “More Habitat Means More Fish”. A report released today by Restore America’s Estuaries (RAE) and the American Sportfishing Association (ASA) and co-authored with the National Oceanic and Atmospheric Administration (NOAA) – More Habitat Means More Fish – makes a powerful case that investing in our nation’s coastlines and estuaries leads to healthy habitat and strong fisheries, which has a positive impact on the businesses and industries, both recreational and commercial, that need healthy fisheries to survive and thrive. Habitats keep commercial and recreational fisheries strong Habitat provides important feeding and breeding grounds for fish. Without the right habitat, fish can’t grow or reproduce, and that means fewer—and less healthy—fish. U.S. commercial and recreational saltwater fishing generated more than $199 billion in sales and supported 1.7 million jobs in the nation’s economy in 2011. Fishing has also been a culturally defining activity for generations of Americans and provides countless opportunities for outdoor recreation.

If we lose the habitat, we lose the fish Fish habitat has been declining for decades around the country and the rate of loss is increasing. The U.S. lost 84,100 acres of coastal wetlands between 2004 and 2009, three times higher than 1998 to 2004. Without action to protect and restore habitat now, this trend will continue and worsen due to the combined effects of climate change and sea level rise.