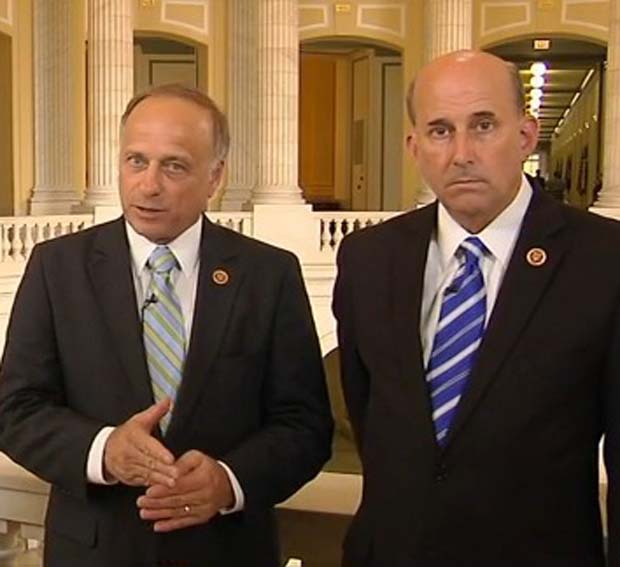 [dropcap]T[/dropcap]he House of Representatives stunned sportsmen’s conservation groups last week when it suddenly and unexpectedly killed its version of the Farm Bill, putting the nation’s largest and most effective conservation programs on a three-month death watch.

Earlier, conservation groups had hailed the Senate passage of a Farm Bill and voiced hope a House version would be clearing that chamber in a matter of weeks, based on optimism from the GOP leadership. But those hopes melted quickly with the passage of two amendments supported by more conservative members. The first would have undone traditional price supports for milk producers; the second would have deepened already steep cuts in food stamps.

Those measures eroded Democratic support, and when the vote was called, the bill failed 195-234.

The House also failed to pass a Farm Bill last year, instead agreeing to nine-month extension of the old bill, which expires Sept. 30.

We’re from the government and we get things done for America.

Sportsmen groups Friday were still trying to assess future moves before issuing public statements. But privately, most voiced surprise at the sudden turnaround, and placed the collapse on the push by fiscal conservatives who moved the two amendments. Lobbyists working sportsmen’s issues said House Speaker John Boehner (R-OH) would not have moved the bill if he wasn’t assured of Democratic support. He clearly didn’t see the food stamp attacks being planned by some of his fellow House members, they said.

No action is expected on the issue until after the July 4 recess. However, veteran congress watchers said they expect to see at least another extension of the old bill because the agriculture lobby will be too strong for congress to ignore. That, of course, would probably mean another extension of conservation programs.

That’s far from ideal for fish, wildlife and sportsmen, because participation in the programs will continue to erode as they sit in limbo with an uncertain future.