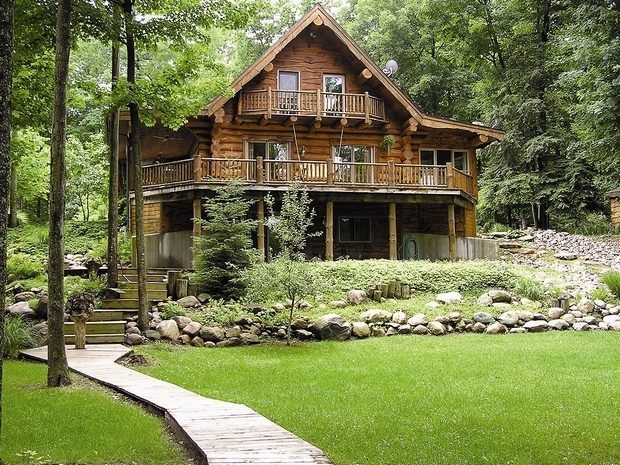 News: Is fly-fishing the new golf?

[dropcap]W[/dropcap]hen he wants to mix business with pleasure, Grant Brown doesn’t go in for golf, that time-honored lubricant for sealing deals and nurturing professional ties. And Brown, a financial adviser, would rather not ply his wealthy clients over slabs of beef at a Chicago steakhouse.

Instead, he likes to build business relationships on a trout stream, fly-fishing.

“If I’m going to spend money entertaining my clients, I’d rather it be for a day of fishing,” he said.

When fishing for business, Brown’s destination of choice is the Muskegon River Lodge, north of Grand Rapids near the town of Newaygo. Originally a private residence, this under-the-radar lodge is built of massive white pine logs and perches on a forested ridge with views of the Muskegon River.

Andy Kirkulis, owner of Chicago Fly Fishing Outfitters, said the Muskegon River Lodge is comparable to some of the fly-fishing lodges he has visited in Montana and other trout meccas out west. Indeed, for people accustomed to the high-end amenities of such places, he said, the lodge is the Midwest’s “premier venue for a guided fly-fishing experience with accommodations.”

The lodge’s co-owner, Steve Kuieck of Grand Rapids, invested in the property in 2008 with his business partner, David DeVries, to complement Riverquest Charters, the fly-fishing guide service he founded in 1996. The idea was to offer an intimate private retreat — only single parties at a time, typically of two to 10 people, book the lodge — to Riverquest’s fishing clients.

Because no staff works on the premises, guests have the run of the place. They can cook their own meals in the well-appointed kitchen or drive 10 minutes into town for food. Or, for an additional charge, they can have chefs prepare gourmet breakfasts and dinners.