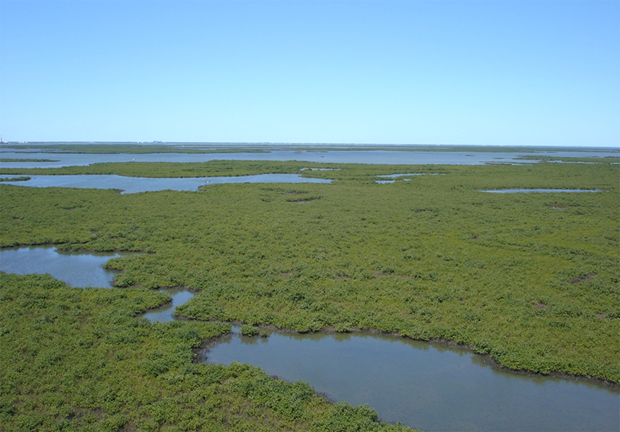 News: Is “fracking” in the Everglades a real possibility?

[dropcap]T[/dropcap]he U.S. Environmental Protection Agency extended the public comment period to March 31st after over 300 Floridians turned out to a public hearing at the Golden Gate Community Center in Naples, Florida last Tuesday to voice their concern for drilling and acid fracking in Big Cypress Swamp watershed and near Everglades National Park. Almost all urged the EPA to reject a permit for injecting toxic waste underground, which they argued could set the stage for fracking and threaten water quality and panther habitat.

“Floridians want clean drinking water that doesn’t threaten their health or their environment, and today they made their voices heard loud and clear,” said Jennifer Rubiello with Environment Florida, “For too long, oil companies in Florida and across the country have been allowed to recklessly dispose of unchecked drilling waste. Why should we risk contaminating drinking water supplies for the entire county and future generations?” Over 865,200 gallons of fracked oil spill in ND last October during Government shutdown. Photo by DeSmogBlog.com.

Tuesday’s special information session and public hearing was hosted by the EPA. The hearing marked the continuation of a campaign to urge the EPA to reject a toxic wastewater disposal well near local drinking water supplies and the neighboring wildlife refuge that is home to the endangered Florida Panther. Environment Florida and others voiced concern that approval of the well could open the floodgates to drilling, and pave the way for acidizing, or acid fracking, a process involving the injection of toxic chemicals below the aquifer to dissolve and free up dirty fossil fuels.

“Environment Florida urges the EPA to reject this disposal well and halt the facilitation of any kind of drilling – conventional, acid fracking, or otherwise – for Florida’s health, and our environment,” said Rubiello, who testified at the hearing today. “Our water is finite. Our aquifer is our lifeblood; we cannot let oil and gas companies treat our water supply as a trash can.”