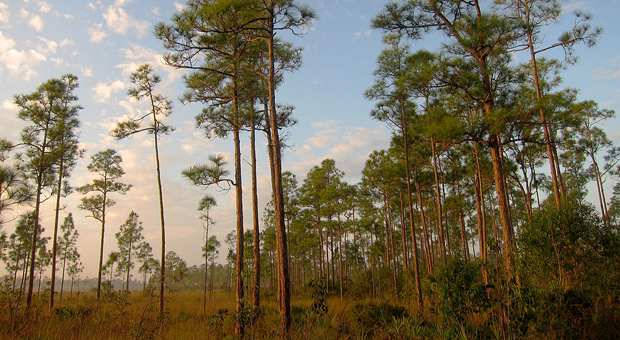 [dropcap]W[/dropcap]hen President Barack Obama makes his first visit to the Florida Everglades on Earth Day this Wednesday, he will be midway through a week spent highlighting the risks of climate change and using a state considered among the nation’s most vulnerable as his best example.

Throughout the week, Obama will outline risks to the economy and ways in which his administration is spending money and resources to fight what has increasingly become a priority, his staff said Monday.

Obama chose to use the Everglades as his backdrop to show risks that remain intangible for much of the country but are already being felt in low-lying South Florida, policy advisor Brian Deese said in an email. High tides routinely flood coastal areas like Miami Beach and Fort Lauderdale. Saltwater intrusion from rising seas increasingly threatens drinking water supplies.

“Climate change can no longer be denied,” Obama said in his weekly address Saturday.

Yet for the state’s governor, it remains a matter of debate. Last year, Gov. Rick Scott said he was not convinced rising sea levels were caused by human activity. Recently, he has come under attack after news stories said he banned his staff from using the term climate change, which Scott has denied.