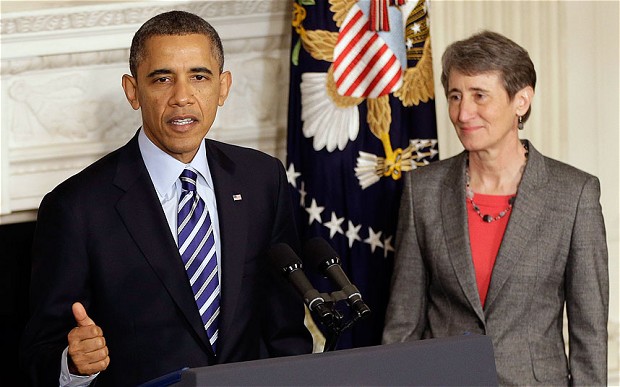 By Richard FarinoFebruary 7, 2013No Comments 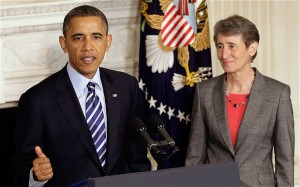 [dropcap]W[/dropcap]hen colleagues want to conduct business with Sally Jewell, they have a better chance getting her to schedule a lengthy hike than a coffee date.

President Obama’s unconventional pick to lead the Interior Department — a former oil engineer and commercial banker who heads the consumer co-op Recreational Equipment Inc. (REI) — represents an effort by the administration to defuse the partisan fight over conservation and energy.

Jewell, who lacks the political experience of previous interior secretaries, will be challenged to rebuild a national consensus over protecting public lands. But friends and colleagues describe her as a pragmatic business leader who could work with both parties and interest groups on all sides.

Many environmentalists and oil and gas industry officials greeted her nomination with cautious optimism Wednesday, saying she could reconnect Americans to their outdoors heritage without stifling drilling and mining operations on land and off shore.