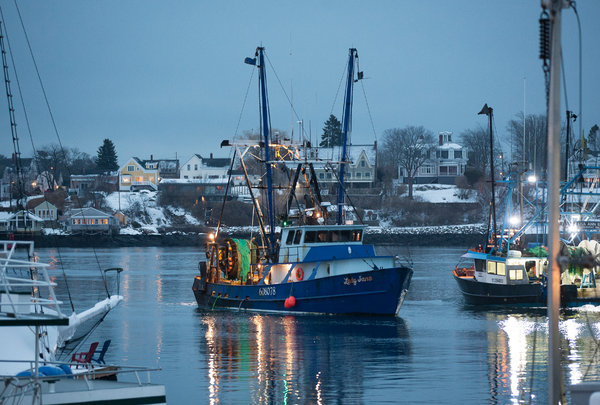 News: Officials back deep cuts in Atlantic Cod harvest to save industry

for the New York Times

[dropcap]F[/dropcap]ishery management officials meeting here on Wednesday voted to impose drastic new cuts to the commercial harvest of cod along the Atlantic coast, arguing that the only way to save the centuries-old cod fishing industry was to sharply limit it. 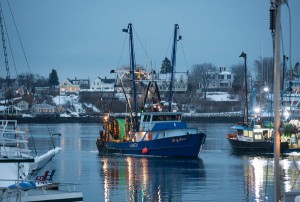 The Lady Jane, a fishing boat, in Gloucester, Mass. The New England Fishery Management Council voted to impose reductions of 77 percent in the Gulf of Maine cod catch.

In the 1600s, the lowly cod was so abundant in the cold North Atlantic waters that, along with boatbuilding and timbering, it provided the foundation of the New England economy. In the 1700s, a “sacred cod” was bestowed on the State House in Massachusetts, where it hangs to this day as a symbol of the importance of cod fishing to the region.

But over recent decades, the once bountiful cod has been so depleted that government officials now say that it stands on the verge of extinction.

At a grim daylong session here, a deeply divided New England Fishery Management Council voted to recommend reductions of 77 percent from last year’s catch for each of the next three years for cod in the Gulf of Maine.

It also recommended cuts of 61 percent from last year for one year only to the cod catch on Georges Bank, a vast area off Cape Cod, which was named for the fish. The council’s recommendations are subject to approval by the federal government, which is expected to put them in place by May 1.

“We are headed, slowly, seeming inexorably, to oblivion,” said John Bullard, the regional administrator of the National Oceanic and Atmospheric Administration and a member of the council, as he explained his support for the catch limits. “I do not deny the costs that are going to be paid by fishermen, families, communities. They are real. They will hurt.”

The problem, he said, is not government inflexibility, as fishermen have suggested, but the lack of fish. “It’s midnight and getting darker when it comes to how many cod there are,” he said. “There isn’t enough cod for people to make a decent living.”