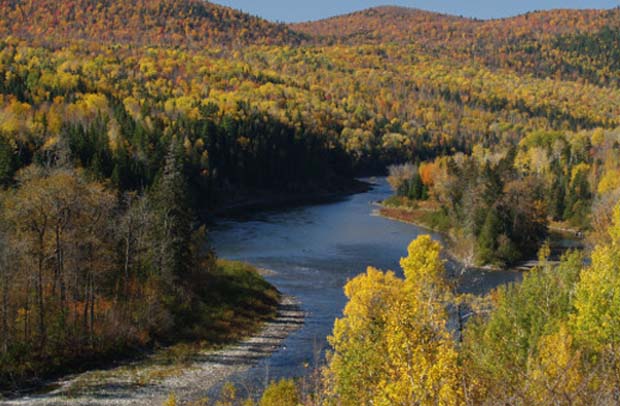 [dropcap]T[/dropcap]he Nature Conservancy and the Atlantic Salmon Federation are pleased to announce that together they are providing the final funding required for the completion of the Penobscot River Restoration Project in 2016.

The Penobscot Project, widely recognized as one of the most collaborative, innovative and far reaching restoration projects ever undertaken, was featured on the CBS Evening News as the “largest river restoration project in the country.”  The project will deliver large-scale ecological, cultural, recreational and economic benefits throughout New England’s second largest watershed and has already begun to restore the river’s historic runs of sea-run fish, while providing rippling benefits to wildlife along the river corridor and out into the Gulf of Maine.

This final funding will allow the completion of the Howland Bypass Channel this spring in time for the celebration of the conclusion of the entire project in June.  This nature-like river channel around the Howland Dam is the last phase of a project that began in 2004.  Dam owners, the State of Maine, the Penobscot Indian Nation, federal agencies and six conservation groups worked together, with broad community input, to implement an unprecedented plan to restore sea-run fisheries on the river, while maintaining hydropower generation. 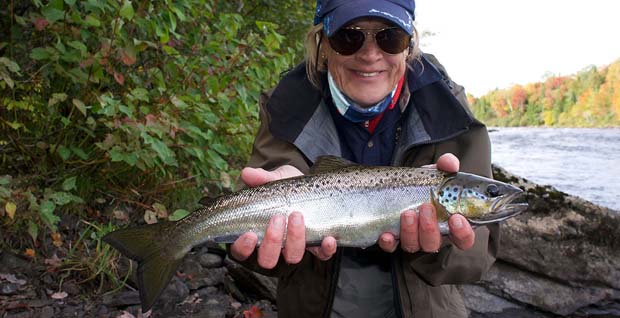 The Project partners have raised over $60 million in private and federal funds to implement the agreement that removed the Great Works Dam in 2011, the Veazie Dam in 2013, and now has decommissioned the Howland Dam and built a new river channel around the old dam.  Simultaneously, the hydropower companies have increased energy generation at their remaining facilities and built a state of the art fish elevator at what is now the first dam on the river, the Milford Dam.

“This Project of local, national and global significance was reliant on a long-lasting partnership,” said Kate Dempsey, State Director for The Nature Conservancy in Maine. “So many have come together and recognized that this project is great for nature and for communities that depend on the river.”

“As restoration of the Penobscot River is the top priority of the Atlantic Salmon Federation (ASF) in the US, we are excited to help meet the funding goal to complete the Howland Bypass Channel,” said Bill Taylor, President of ASF. “By improving access to spawning grounds for Atlantic salmon and all the other sea-run species that are important to the river’s ecosystem, we are creating the conditions needed for these populations to rebound.”

“I would like to thank The Nature Conservancy and the Atlantic Salmon Federation for their leadership and generosity to ensure the success of this project,” said Don Hudson, Board President of the Penobscot Trust. “I would also like to extend my thanks to all the other Penobscot Trust members, the public agencies, the congressional delegation, and the numerous private sources that have helped us get to the finish line.” 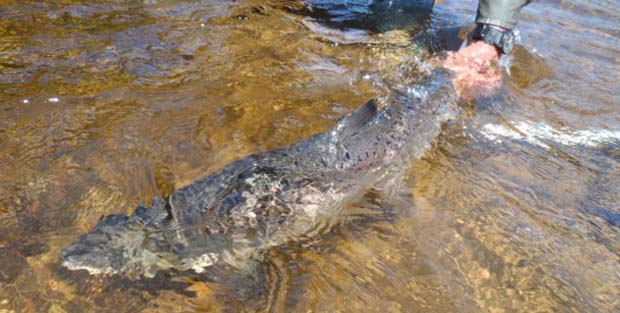 The Penobscot is already showing signs of re-birth. Since 2011, the river herring run has grown exponentially from near zero to 1 million adults coming in from the Gulf of Maine to spawn in 2015. University of Maine researchers and the Maine Department of Marine Resources are documenting other species, such as Atlantic salmon, American shad, and shortnose sturgeon that are re-colonizing upriver habitats for the first time since the dams were built almost 200 years ago.

The Penobscot Project’s innovative public and private partnership is recognized internationally for its ability to restore fisheries, expand opportunities for outdoor recreation, and support energy production in a large ecosystem.