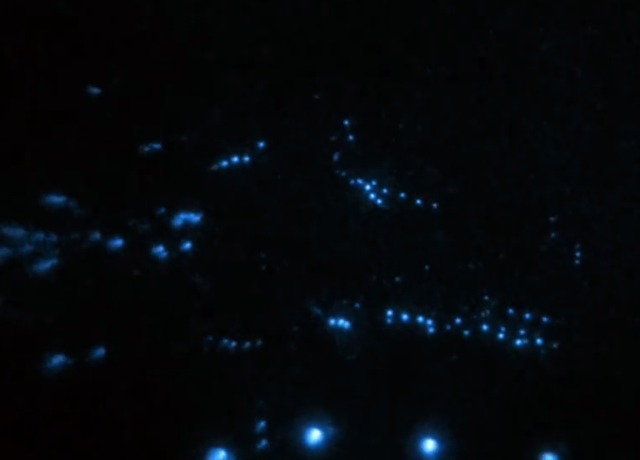 News: Puerto Rico debates who put out the lights in Mosquito Bay

VIEQUES, P.R. — Sitting on a small boat in Mosquito Bay, a tapestry of stars above him, Mark Martin, a field researcher, scooped water into a canister. He studied the liquid for some sign of why, suddenly and inexplicably, one of the world’s most famous bioluminescent bays had dimmed.

“It’s all good tonight,” Mr. Martin said, about the water’s clarity, pH level, temperature and salinity — several factors that scientists hope may solve the puzzle of what ails the bay. One of nature’s greatest light shows.

For as long as people can remember, the bay on the southern end of this islet, 10 miles away from Puerto Rico’s main island, has astonished first-timers who thrill to see the water radiate like a glow stick at night. But in January, the shimmering microscopic plankton known as dinoflagellates called off their show altogether. In recent weeks, they have brightened somewhat again, sporadically and halfheartedly, raising hopes that the popular bay may be regenerating.

The abrupt blackout has alarmed government officials, scientists and Viequenses, the islanders who depend on tourism to fuel their lackluster economy; one tour operator has already shut down. The bay has gone dark before, but never for more than several days. For now, visits to the bay are limited to weekends until the bay heals itself.