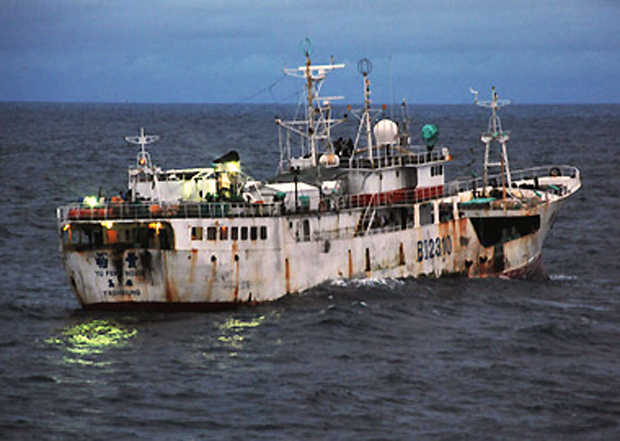 [dropcap]T[/dropcap]he industrial fleet that now drags the high seas for fish has a combined engine power 10 times stronger than it did in 1950. Its nets are so huge that they’re sometimes big enough to hold 12 jumbo jets. And it is largely thanks to this all-out assault on high-seas fishing stocks that two-thirds of those stocks (paywall) are at the brink of collapse—or well past the edge.

But instead of discouraging this trend, rich countries are paying those vessels to overfish like there’s no tomorrow. Japan, China, the US, the EU and other countries pay $27 billion to subsidize these vessels, according to a report (pdf) by the Global Ocean Commission, an independent body of international leaders focused on ocean conservation policy. Of that, $5 billion alone goes on fuel subsidies from rich countries to industrial fishing fleets.

Without the subsidies, most of these businesses would fail. So thoroughly have industrial fleets overfished the seas that they couldn’t afford the fuel to travel the ever-increasing distance needed to catch the same amount of fish if their governments didn’t lavish public funds upon them.

If industrial fleets weren’t subsidized, they’d go out of business. Small-scale fisheries that don’t need enormous amounts of fuel to catch huge hauls of fish—i.e. the ones using sustainable fishing practices—would then in theory thrive. Many of these fishermen are in poor countries whose governments can’t afford to compete in the industrial looting.

Worse, there’s a double-whammy zombie effect going on in the fishing context. Government subsidies to highly destructive industrial fleets don’t just deprive small-scale fishermen of finite taxpayer dollars and edge them out of the market with cheap prices; they also rob them of current and long-term fishing stocks.

Not all subsidies are bad. In fact, subsidies to promote fishery resource conservation and management—things like stock assessments and stock monitoring—are exactly the kinds of things we should be pressing our governments to foot the bill for (those are represented in blue in the chart below). But some $16 billion in subsidies goes exclusively toward making it cheaper to catch more fish. That’s a problem, given that the global deepwater fleet is already 2.5 times bigger than what the GOC says is sustainable to maintain global fish stocks.

Take, for example, the global high-seas bottom-trawl fleet. The top 12 highest-catching nations pony up a total of $152 million a year, worth a quarter of what the fleet catches. Yet this fleet’s margins are typically 10%. That means these highly destructive vessels couldn’t stay in business if not for government gimmes.

Governments tend to be leery of slashing subsidies because of the potential impact on jobs and, hence, politics. For instance, in 2006 Spain upped its fuel subsidy 60% after fishermen blockaded Mediterranean ports to protest oil prices. But the industrial fisheries are actually not huge employers, even within their sector: GOC reports that the biggest vessels catch 65% of all marine fish, while employing only 4% of fishermen.