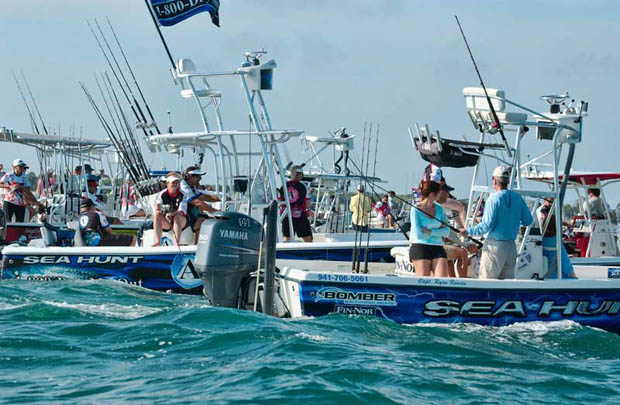 News: Save The Tarpon wins big in court

Judge guts PTTS lawsuit against Save The Tarpon, orders owners to put up or pay up

[dropcap]J[/dropcap]udge Joseph G. Foster, pictured, ordered the owners of the PTTS to pay Save The Tarpon $200 for failing to turn over financial records and sponsorship deals to the group’s lawyers. The fine goes up by $500 late next week if the tournament’s owners don’t comply. 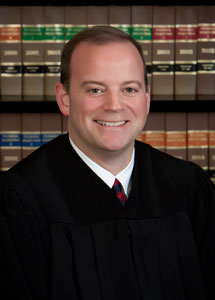 udge Joseph G. Foster, pictured, ordered the owners of the PTTS to pay Save The Tarpon $200 for failing to turn over financial records and sponsorship deals to the group’s lawyers. The fine goes up by $500 late next week if the tournament’s owners don’t comply.

Professional Tarpon Tournament Series principal owner Gary Ingman found himself watching helplessly from the sidelines Wednesday as a Charlotte County Circuit Court judge gutted his company’s lawsuit against Save The Tarpon Inc., dismissed all of Ingman’s claims against the group’s officers, and then ordered the PTTS owners to fork over $200 in sanctions for violating the court’s rules governing discovery and the production of records.

In addition to dismissing Save The Tarpon’s directors from the lawsuit filed in May by Silver King Entertainment LLC, which owns and operates the PTTS, Judge Joseph G. Foster hit the plaintiffs with a $200 assessment for attorneys’ fees for failing to turn over documents demanded by Save The Tarpon’s attorneys.

Foster gave the owners of the PTTS until Friday, September 6, 2013 to produce the records. If the PTTS ownership doesn’t meet that deadline, Foster said he would up the sanction by an additional $500.

The records the PTTS owners have been ordered to turn over to Save The Tarpon include all tax returns and financial statements for the past several years. Silver King is also being forced to produce its corporate sponsorship agreements as well as copies of its rules and regulations, along with any and all correspondence with the Florida Fish and Wildlife Conservation Commission. The FWC is poised to adopt a rule in September that would restrict the use of bottom weighted hooks in Boca Grande Pass. This rule would apply to the so-called “pass jig” favored by PTTS competitors.

Save The Tarpon’s counsel Brian M. Beason, a partner in the Port Charlotte law firm of Frohlich, Gordon and Beason, argued the group’s case before Judge Foster on Wednesday. Beason said Judge Foster’s decision to sanction Silver King was significant, and that he would “absolutely” be seeking reasonable attorneys’ fees from Silver King at the conclusion of the case. Beason said both Ingman and PTTS host and general manager Joe Mercurio are being scheduled to be deposed under oath. Additional depositions are likely, he said.

While Foster is allowing Silver King’s case against Save The Tarpon Inc. to move forward for the present, Beason noted that Silver King has already had to correct numerous deficiencies in its lawsuit—including filing the case in the wrong venue and misidentifying its own corporate name.