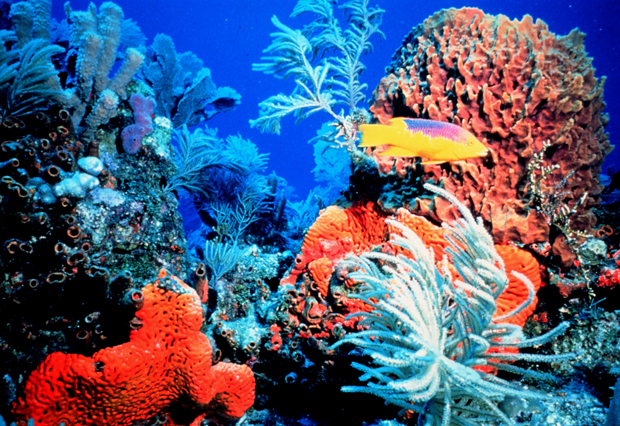 [dropcap]W[/dropcap]e all know that fishing can impact oceanic communities, but do you know exactly how much of an effect it can have? Scientists have taken a closer look at commercial fishing and have found that it dramatically alters nearby reef ecosystems, disturbing microbes, corals, algae and fish.

Scientists have taken a closer look at commercial fishing and have found that it dramatically alters nearby reef ecosystems, disturbing microbes, corals, algae and fish. (Photo : NOAA)

In order to better understand how fishing affects reefs, the researchers examined seawater samples collected from the surfaces of reefs surrounding all 11 of the Line Islands, a chain of atolls in the central Pacific Ocean. Over the past five years, the scientists made sporadic trips to the islands in order to collect the samples.

After collecting the samples, the researchers sequenced their microbiomes. This allowed them to determine the DNA encoded by the viruses, bacteria, archaea and protists living within the seawater. Within these millions of DNA sequences, the researchers found that certain types of bacteria could actually predict whether the reef was predominately composed of coral or algae.

“Corals are fierce competitors for space on the reef,” said Linda Wegley Kelly, one of the researchers, in a news release. “In a healthy marine environment, reefs support a vibrant population of corals and other calcifying organisms that continuously build the reef skyward.”

Yet if the reef is dominated by algae, then the entire habitat dissolves over time. Fishing and, in particular, commercial fishing can turn a coral reef into an algal reef. This makes it crucial to practice sustainable fishing practices.

“How do you create an environment for corals to thrive?” Kelly asked. “In addition to practicing sustainable fishing, one way to rehabilitate a reef would be to transplant corals to the site. This should promote an environment more conducive to coral growth by fostering a beneficial community of microorganisms.”

The findings are published in the journal Proceedings of the National Academy of Sciences . . .