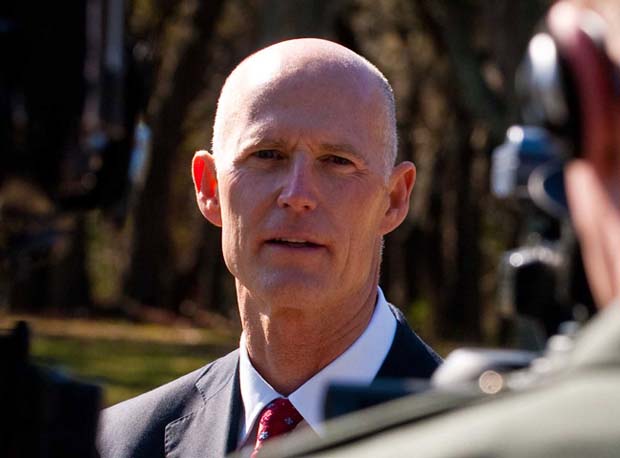 News: Something to really upset Floridians

November 30, 2013 / Scott Maxwell, TAKING NAMES
[dropcap]L[/dropcap]et’s say you’re looking for a dental plan, and I offer you two choices. You can either pay $25 a month for preventive care. Or you can visit just once a year – and pay $1,000 to have the dentist fix everything in your mouth that went wrong.

Unless you’re a shortsighted sucker, you’re going to take the first deal, right?

Basic math shows you save a boatload of money. Plus, you avoid problems in the first place. According to press reports Scott took the Fifth Amendment 75 times in this 2000 deposition.

Unfortunately, you live in Florida — where shortsightedness rules. Especially when it comes to the environment.

In recent years, Gov. Rick Scott and his buddies in the Legislature have gutted the state’s conservation and environmental programs.

First they decimated the growth-management office. Now they are laying waste to the state’s land-preservation program.

A conservation program that thrived under Govs. Jeb Bush and Charlie Crist — with spending of as much as $300 million a year — has been cut by more than 90 percent. Down to around $25 million this year.

This, my friends, is the sucker’s way: the Florida way.

Just look at the Everglades. Florida let that ecosystem get spoiled. As a result, we are now in the midst of a restoration effort estimated at $9.5 billion.

Think about that number for a moment. It’s staggering — enough money to run the entire city of Orlando for a decade.

Everyone now agrees it would’ve been cheaper to do things right in the first place: to protect this vital water source and home to more than 60 endangered or threatened species.

Instead, we chose the sucker’s route — and are now paying a nearly 11-figure price for doing so.

And we’re getting ready to do it all again, this time by cutting a statewide land-preservation program that impacts every corner, crevice and tributary of the state.

Perhaps you can now better understand why environmental supporters are mounting a campaign to amend the state’s constitution.

The goal is to lock in about 1 percent of the state’s budget for the environment.

That’s right: a whopping 1 percent. It’s hardly radical. In fact, it’s about the same amount Florida spent on the environment when Bush was governor.

Is your drinking water worth 1 percent? Is protecting South Florida from flooding?

I still want to see the fine details of this proposal analyzed and debated. And the petition still needs more signatures before it gets on next year’s ballot. But I already endorse this concept in principle.

Because I am tired of wasting tax dollars and fouling up our natural resources.

So why the waste?

Well, in large part, because Big Business in this state has been incredibly successful at demonizing all things green.

Do you want to crack down on pollution? Well, then Big Business says you are a “job killer.”

Do you want to make rules about what can be built on environmentally sensitive land? Then you’re opposed to private-property rights.