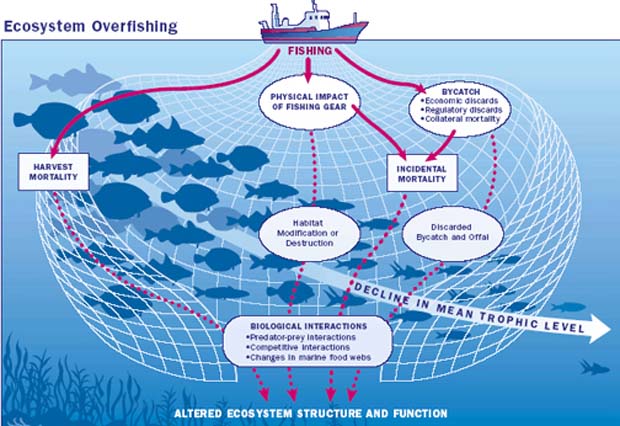 [dropcap]T[/dropcap]he U.S. Senate Committee on Commerce, Science, and Transportation’s Subcommittee on Oceans, Atmosphere, Fisheries, and Coast Guard heard testimony today in relation to the upcoming reauthorization of the Magnuson-Stevens Fishery Conservation and Management Act (Magnuson) as members of the Southeast and Gulf of Mexico fishing communities weighed in on fisheries challenges.

In opening the hearing, both the subcommittee Chairman, Sen. Mark Begich (D-AK) and ranking minority member Marco Rubio (R-FL) agreed that there was need for sensible Magnuson reform to incorporate limited management flexibility to improve the balance of commerce and conservation, which was echoed by every invited witness in DC today – at least those not directly associated with Environmental Defense Fund or the Pew Environment Group.

“As we look to the future, we must look for opportunities to increase flexibility in our management system,” said Roy E. Crabtree Southeast Regional Administrator for the National Marine Fisheries Service (NMFS). “While significant progress has been made since the last reauthorization, we recognize this progress has not come without a cost and that challenges remain.”

“During this past year in discussions about reauthorization of the Magnuson-Stevens Act, it has become apparent that the Councils need more flexibility to make the decisions that are best for each species and respective fisheries, said Douglass Boyd, Chairman, Gulf of Mexico Fishery Management Council.

Ben C. Hartig, Chairman of the South Atlantic Fishery Management Council said his council has identified five specific areas which they propose be addressed in the current reauthorization of Magnuson, including flexibility in ending overfishing and flexibility in rebuilding overfished stocks.

Speaking directly on behalf of the recreational fishing community, both John Brownlee of Salt Water Sportsman and Capt. Robert Johnson of Jodie Lynn Charters out St. Augustine, FL urged the Senators on the subcommittee to give important consideration of the socioeconomic impact of sportfishing industry.

“Recreational fishermen also need relief from the rigid annual catch limits and the accompanying accountability measures, which became part of the Act during its last reauthorization in 2006,” said Brownlee in testifying as Upper Keys Representative of the International Game Fish Association (IGFA). “The creation of these measures forced the councils to take drastic action in some circumstances, to meet a previously adopted 10-year rebuilding schedule.”

“Nowhere has this been more apparent than in the Gulf of Mexico, where the closure of the red snapper fishery due to this inflexible rebuilding schedule has caused great hardship among charter boats and rank and file recreational fishermen alike,” Brownlee added, telling the subcommittee members how anglers are now seeing more red snapper than ever before.

Capt. Johnson noted that many stocks of fish are more plentiful today than at any time during his career, and added that managers should be commended for this accomplishment. “Unfortunately this accomplishment has come at a cost to fisherman and coastal communities,” Capt. Johnson said, adding “the charter fishing fleet in my area has experienced a 50% decline in recent years.”  Capt. Johnson said many captains attribute this collapse to the complete closure of red snapper which he called a direct result of the 2006 Magnuson reauthorization.

“Management must be allowed the flexibility to take into consideration the adverse effects of some of the rebuilding plans,” noted Capt. Johnson, who also added “the decline of these stocks didn’t happen in a short time period, the councils need to have a reasonable amount of time to end overfishing.”

Jim Donofrio, executive director of Recreational Fishing Alliance (RFA) said Congress is slowly beginning to see the problem with our coastal fisheries and perhaps is finally recognizing the damage done to our fishing community by the likes of Environmental Defense Fund (EDF) and Pew Environment Group.

“It’s taken 7 years to get to this point, but RFA’s message of management reform has collected the overwhelming support of the fishing community and management officials alike,” Donofrio said. “The entire EDF and Pew argument has been drowned out by the calls of an industry now suffering because of the rigidity of federal law and the woeful lack of data support for the recreational community.”

Donofrio said there will be more congressional hearings in the coming days, and added he doesn’t expect to see sensible Magnuson reform before the year is out.

“Now that we have the support of the fishing community and a bipartisan commitment from Congress, we may have a much better shot at getting this mess fixed in 2014,” he added.